The addition of consolidation chemotherapy or a second autologous hematopoietic cell transplantation (HCT) to upfront treatment was not superior to a single autologous HCT followed by lenalidomide maintenance in patients with multiple myeloma, a study presented at the American Society of Hematology (ASH) 58th Annual Meeting and Exposition has shown.1

To assess the impact of additional interventions, researchers enrolled 758 transplant-eligible patients younger than 71 years with symptomatic myeloma and without prior progression. Participants in the phase 3 trial (ClinicalTrials.gov Identifier: NCT01109004) were randomly assigned 1:1:1 to receive melphalan plus autolous HCT with 4 cycles of RVD (lenalidomide, bortezomib, dexamethasone) consolidation (ACM), tandem melphalan and autolous HCT (TAM) or a single autolous HCT (AM).

“These results are very important because they answer a question that has been ongoing and has not been compared head-to-head: ‘Does the addition of these interventions result in a true advantage for these patients?'” said lead investigator Edward A. Stadtmauer, MD, of the Abramson Cancer Center, University of Pennsylvania in Philadelphia.

“The conclusion of this study, so far, is that the other interventions are not superior to initial melphalan therapy followed by a single autologous HCT followed by lenalidomide maintenance,” Dr Stadtmauer said.

A long-term follow-up trial to continue tracking outcomes of these patients is ongoing. 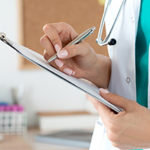 Thalidomide, Lenalidomide Equivalent With Respect to Survival in Myeloma