For patients with IgA multiple myeloma, monitoring disease progression with quantitative IgA (qIgA) may be superior to conventional serum protein electrophoresis  used to quantify monoclonal proteins (MCPs), according to the results of a retrospective study recently published in Leukemia.

The study included a testing cohort of 286 patients with newly diagnosed IgA multiple myeloma treated at the Mayo Clinic who had qIgA levels greater than the upper limit of normal (ULN) at the time of diagnosis and serial MCP and qIgA levels available within the first 6 months of being diagnosed.

The study also had a validation cohort of 205 patients with relapsed refractory multiple myeloma who were treated on clinical trials.

Comparison of qIgA and MCP levels at baseline revealed a poor association between the measurements when MCP levels were below 1 g/dL or above 6 g/d and that MCP levels plateaued before qIgA levels did. Also, a rise in qIgA levels above ULN was detected before a rise in MCP levels.

“From this we inferred that changes in qIgA levels may more accurately reflect disease burden,” the study authors explained, leading them to develop response criteria based on qIgA.

The testing cohort was stratified by qIgA response criteria, which led to progression-free survival curves that had a “clear” separation of patients achieving a partial response (PR) or very good PR; stratification by International Myeloma Working Group

(IMWG) response criteria did not elicit such a separation between PR and very good PR. This trend was also seen in the validation cohort.

“The qIgA response criteria more accurately stratify patients based on the progression risk and may detect disease progression earlier, which may lead to more consistent measurement of trial endpoints and improved patient outcomes,” they wrote. 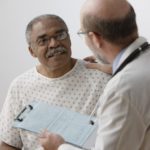