Many clinical trials employ blinding to rule out the likelihood of patient bias — that is, the patient’s knowledge of their treatment assignment affecting their compliance or other factors. But open label trials are common in the field of oncology, as oncology trials have a few noteworthy factors that distinguish them from other types of trials, such as the toxicity of oncology drugs.

A team of researchers set out to learn more about the effect that blinding — and unblinding — might have on patient bias with regard to the treatment to which they’re assigned as part of an oncology clinical trial. Their findings were published in Value in Health.

The researchers conducted a retrospective analysis of data from 2 randomized multiple myeloma trials: one double-blind trial and one open label trial. They sought to analyze the impact of the patient’s knowledge of their assignment in 2 ways: how the knowledge would affect the investigational or control arms and how time might play a role.

The researchers predicted that any impact of a patient’s knowledge would be the greatest early in the trial; they also hypothesized that the impact would be more significant in “domains such as emotional and social functions that were more distal from symptoms that may be affected by the direct biological impact of the drugs.”

“In this analysis, we did not find evidence to suggest that there was a meaningful differential effect on how patients reported their symptoms, function or health status after knowing their treatment assignment,” the researchers concluded.

However, the possibility of open label bias should not be dismissed, cautioned the researchers, despite finding only relatively minor differences among patients who knew their treatment assignment and patients who did not. Other mechanisms besides differential reporting could play a role. But the study did raise the issue that trial sponsors might want to consider the impact upon patient-reported data in future studies if there is unblinding or lack of blinding.

The researchers reported some study limitations. Most of their analyses were drawn from the control arms, since they couldn’t compare investigational arms once treatment started because different treatments were used in the trials. They also did not have data from patients who left the trials, as patient reported outcome (PRO) assessments aren’t usually collected in that situation. 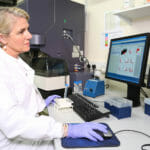