Continuing carfilzomib therapy beyond its known long-term safety limits may provide additional clinical benefit to patients with relapsed multiple myeloma (MM), according to a study published the Journal of Hematology and Oncology.

Results of the ASPIRE trial demonstrated that carfilzomib, lenalidomide, and dexamethasone (KRd) significantly improved progression-free survival (PFS) and complete response (CR) rates compared with lenalidomide plus dexamethasone (Rd) alone among patients with relapsed MM. However, carfilzomib was discontinued after 18 treatment cycles due to a lack of long-term safety data and patients continued on Rd alone, leaving the benefit/risk profile of KRd to progression unknown.

For this post-hoc analysis, researchers present the safety and efficacy findings of KRd vs Rd at 18 months from randomization.

The overall PFS hazard ratio in the ASPIRE trial was 0.69 vs 0.58 at 18 months from randomization, showing a significant and clinically meaningful improvement of progression-free survival with KRd.

Clinical benefits were observed in patients treated with KRd vs Rd at 18 months, particularly among patients with high-risk cytogenetics, and those who received more than 1 previous line of treatment, and prior bortezomib therapy. The hazard ratio for PFS was also lower in predefined study subgroups at 18 months compared with the overall study.

Patients in the KRd group had a complete response rate of 28.6% compared with 6.6% for the Rd group over the first 18 months of treatment, but rates became relatively constant after carfilzomib discontinuation.

The authors concluded that “compared with the overall results of the ASPIRE study, the markedly lower [hazard ratio] for PFS at 18 months in this analysis suggests a potential additional clinical benefit of continued treatment with carfilzomib beyond 18 months. However, further evaluation is warranted.” 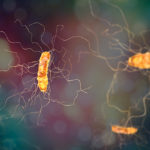