MECHANISM OF ACTION OF ELOTUZUMAB CS1 belongs to the SLAM family and was found to be highly expressed in malignant and normal plasma cells. CS1 is also expressed on the CS of NK cells, NK-like T cells, CD8-positive T cells, mature dendritic cells and activated B cells but was not found on other normal tissues.16,20,21 Expression of CS1 is frequent in MM cell lines (mRNA 45 of 45; protein 14 of 15 are expressed). CS1 was detected in the majority of MM specimens (98 of 101), but not in healthy donors and is one of the critical regulators of immune response contributing to survival regulation in MM. Due to restricted expression of SLAMF7; elotuzumab demonstrates minimal adverse effects (AEs) on normal tissue, suggesting a high therapeutic index in MM.21

Lymphocyte function-associated antigen 1, also known as LFA-1 (CD11a/CD18) is an adhesion molecule. LFA-1 is a requirement for the adhesion of NK cells to target cells through binding to intercellular adhesion molecule (ICAM-1). The interaction of LFA-1 and ICAM-1 is associated with multidrug resistance induction in vitro. Using anti-CD18 mAb to interrupt LFA-1/ICAM-1 interaction decreased elotuzumab activity as a single agent or in combination with lenalidomide-using both cell MM cell death and NK activity as endpoint measurements.28,29 Together, these data suggest that elotuzumab-induced cell death and NK activity is partially dependent on LFA-1 function on NK cells.

The combination of elotuzumab with lenalidomide enhanced antiproliferative effect more than elotuzumab or lenalidomide monotherapy using either in vitro or in vivo models of MM.30 This enhanced anti-myeloma activity correlated with NK activation, increased cytokine secretion and LFA-1/ICAM-1 interaction.31,32

In addition to direct effects on the myeloma cell, bortezomib was shown to downregulate major histocompatibility complex class I expression on the MM cell lines and patient MM cells leading to enhanced sensitivity of MM cells to NK cell-mediated lysis.32 The increase in NK-mediated lysis may contribute to the favorable anti-myeloma response when elotuzumab is combined with bortezomib. CS1 (SLAMF7) RNA and protein expressions of patients with MM (n=103) resulted in no significant change on the CS after bortezomib administration, compared with the untreated group indicating that changes in CS expression of CS1 do not correlate with increased activity of the combination treatment regimen.

Taken together, the preclinical data suggest that elotuzumab is an attractive agent to combine with conventional therapies such as lenalidomide and bortezomib.

The first-in-human study of elotuzumab was designed as a monotherapy to evaluate the safety, tolerability and pharmacokinetic and pharmacodynamic properties of elotuzumab in patients with RRMM. Thirty-five patients were enrolled and received escalating doses of elotuzumab from 0.5 to 20 mg/kg by intravenous (IV) infusion on an every 14 days scheme. According to European Group for Bone and Marrow Transplantation myeloma response criteria, 26.5% (n=9) patients had stable disease, also the best-observed response. However, no objective responses were observed in this trial. Collectively the preclinical and early clinical data suggested that elotuzumab alone, albeit safe, was not sufficient to produce tumor response in RRMM but maybe a candidate for combination strategy.34

Preclinical studies demonstrated that elotuzumab in combination with other agents, including lenalidomide and bortezomib showed increased antitumor activity compared to single agent treatment.21,33 To evaluate the maximum tolerated dose (MTD), efficacy, safety of elotuzumab in combination with lenalidomide and dexamethasone. A Phase I study of elotuzumab at a dose of 5, 10 and 20 mg/kg with lenalidomide and low-dose dexamethasone in patients with RRMM yielded an overall response rates (ORRs) of 82% (23 of 28); the median time to progression (TTP) had not been reached after a median of 16.4 months of follow-up in the 20 mg/kg cohort.35 Another Phase I/II, multicenter, open-label multiple-dose, dose escalation study investigated MTD safety and efficacy of elotuzumab in combination with bortezomib in patients with RRMM (ClinicalTrials.gov Identifier: NCT00726869). Twenty-eight patients with a median of two prior therapies were enrolled and received escalating doses of elotuzumab from 2.5 to 20 mg/kg IV and bortezomib (1.3 mg/m2 IV). The ORR was 48% (n=13) and 63% (n=17) of patients achieved a minor response or better. The median TTP was 9.46 months. Two of three (66.7%) patients who were bortezomib-refractory previously showed objective response with the addition of elotuzumab. Seventy percent (7 of 10) of patients with high-risk cytogenetics showed an objective response. MTD was not observed at the maximum planned dose of 20 mg/kg of elotuzumab.36 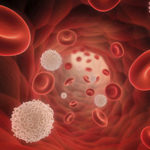