Racial disparities persist in the outcomes of patients with cutaneous melanoma, according to the results of a large surveillance study published in the Journal of the American Academy of Dermatology. Compared with non-Hispanic White (NHW) patients, patients of minority status had lower melanoma-specific survival (MSS) and were diagnosed later in the disease course.

Racial disparities in MSS are well documented in the United States, although the majority of data comes from studies conducted between 1990 and 2010. Investigators sought to assess trends in melanoma survival since the introduction of immunotherapy around 2010. Data were extracted from the National Cancer Institute’s Surveillance, Epidemiology, and End Results (SEER) registry. SEER comprises comprehensive demographic and clinical data for patients with cancer from the United States. For the present analyses, data were extracted on race/ethnicity, age, gender, year of melanoma diagnosis, primary tumor site, histological subtype, and disease stage. The primary outcome was MSS, calculated using Kaplan-Meier survival curves. Cox proportional hazard models were used to assess the impact of race/ethnicity on MSS across 3 time periods: before 2000; 2000 through 2009; and 2010 through 2016.

Despite overall increases in survival rates, racial disparities in MSS worsened between the pre-2000 period and the 2010 through 2016 period. Compared with NHW patients, the adjusted hazard ratio (aHR) for melanoma mortality in Hispanic patients increased from 0.95 (95% confidence interval [CI], 0.86-1.06) to 1.56 (95% CI, 1.37-1.78) between pre-2000 and 2010 through 2016. Similar trends were observed among NHB and NHAIAN patients, although not in NHAPI patients. Disparities persisted in analyses stratified by melanoma stage and localization. Hispanic patients were the only group who experienced persistent disparities in both local and regional/distant disease from pre-2000 and 2010 through 2016. Patients of color older than 65 years also experienced particularly pronounced MSS disparities compared with their White counterparts. Although 5-year survival rates increased overall for all patient groups pre-2000 and 2010 through 2016, the degree of improvement was significantly greater in NHW patients compared with minority patients. In addition, despite the introduction of immunotherapy and targeted therapies around 2010, racial disparities in MSS appeared to worsen in the post-2010 period.

As study limitations, investigators noted that data on insurance status and treatment type were not available.

Racial disparities likely persist in patients who receive immunotherapy or targeted therapy, although further study is necessary to confirm the etiologies of this trend. “[While the] almost universal improvement in melanoma survival across racial and ethnic groups is encouraging…there is persistent and worsening racial disparity in outcomes,” investigators wrote. “[I]dentifying and mitigating barriers to post-diagnosis care is essential to further improve outcomes for minorities with early stage disease.” 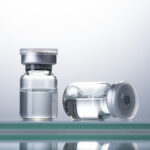