More aggressive biological processes may be why patients with nodular melanoma (NM) experience worse prognosis than patients with superficial spreading melanoma (SSM), according to results of an analysis comparing pathologic features and clinical outcomes, as well as tumor molecular profiles, of the 2 different histologic subtypes of melanoma. The study was published in the Journal of the National Cancer Institute.

Shorter survival times associated with NM compared with SSM have been well documented. This finding has often been attributed to an increased risk of metastasis associated with the increased thickness and likelihood of ulceration observed in NM. The belief that melanomas of different histologic subtypes behave similarly once they metastasize is common.

In order to investigate whether melanoma histologic subtype is an independent predictor of prognosis in both primary and metastatic disease, the study authors accessed clinicopathologic data for patients with melanoma included in the Surveillance, Epidemiology, and End Results (SEER) database, and a smaller New York University (NYU) cohort. In addition, for subsets of patients in the NYU cohort, response to particular systemic therapies in the metastatic setting were analyzed, and tumor specimens were assessed using a 140-gene next-generation sequencing panel.

In conclusion, the authors wrote: “given our finding that primary histology might be associated with survival and response to BRAF-targeted therapy in the metastatic setting, more studies are needed to better characterize this phenomenon. Routine incorporation of histologic subtype into prospective clinical trial reporting in melanoma would better ensure balanced patient characteristics across study arms and aid in understanding the impact of primary histologic subtype on response to systemic agents in the clinical trial setting.” 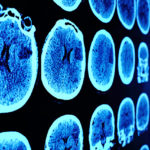