A retrospective study of neck lesions suspicious for melanoma showed that malignant melanomas were significantly more likely to be characterized by irregular hyperpigmentation compared with melanocytic nevi located on the neck. The findings from this study were published in Dermatology.

Although the head and neck is considered a single anatomic unit, less is known about the clinical and histopathological characteristics of melanomas occurring on the neck compared with the face and scalp.

In this single-center study, images of lesions suspicious for melanoma located on the neck of consecutive patients that were excised between 2011 and 2018 were assessed macroscopically, as well as through dermatoscopic image analysis. When available, reflectance confocal microscopy (RCM) images of these lesions were examined. Patient demographic characteristics were also recorded.

Of the 31 neck lesions evaluated, 21 and 10 were determined to be melanoma and nevi, respectively, on biopsy.

A comparison of the clinical characteristics of patients with melanoma and benign melanocytic lesions showed those in the former group were more likely to be older with a mean age of 60.4 years compared with 37.9 years for those with lesions determined to be nevi (P <.001). In addition, neck melanomas were more likely than benign melanocytic lesions to be located on areas of the skin damaged by the sun (76.2% vs 30%; P =.02).

Of the melanomas (n=12) and nevi (n=5) for which RCM images were available, epidermal pagetoid spread was observed in 81.8% of melanomas, but only 40% nevi.

The study authors noted that “neck melanoma has peculiar clinical and dermoscopic aspects that could help clinicians to distinguish it from naevi and to diagnose melanoma earlier.” 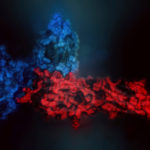