There were 60% of patients with hepatosplenic T-cell lymphoma (HTCL) alive 2 years after undergoing allogeneic hematopoietic stem cell transplant (allo-HSCT), according to results of a retrospective study presented at the 2022 Tandem Meetings. These data “suggests allo-HSCT may be curative for some individuals,” the authors noted.

A rare type of mature T-cell lymphoma (MTCL), HSTCL is commonly treated with allo-HSCT or autologous HSCT, with limited data suggesting allo-HSCT may lead to better outcomes. The purpose of this study was to evaluate the outcomes of patients with HSCT who underwent either type of HSCT.

The single-center study identified 7 patients with HSTCL among all patients with MTCL at the Montefiore Medical Center. Manual chart review collected data and outcomes were assessed from the day patients underwent HSCT.

During a median follow-up of 3.2 years, complete remission was achieved by 60%. The median overall survival (OS) was not reached, and 2-year OS rate was 60%. The patient who underwent an auto-HSCT was alive at follow-up.

The authors concluded that, “In our population, allo-HSCT was an effective treatment modality for HSTCL with outcomes similar to those reported in the literature.” 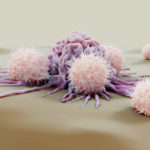