Lenalidomide is an effective treatment option with limited and reversible toxicities for patients with relapsed/refractory diffuse large B-cell lymphoma (DLBCL), a ‘real-world’ study published in the journal The Oncologist has shown.1

Previously reported prospective clinical trials have demonstrated that lenalidomide is efficacious and safe for patients with DLBCL, particularly for those with non-germinal center B-cell (non-GCB) disease; however, data from routine clinical practice surrounding the effectiveness of the immunomodulatory agent have been lacking.

Therefore, investigators retrospectively evaluated data from 123 patients with relapsed/refractory DLBCL who received lenalidomide at a dose of 15 or 25 mg/day between 2006 and 2015.

Researchers also found that the 25-mg dose of lenalidomide was superior to the 15 mg dose with respect to both complete (P = .007) and partial remission rates (P = .05) and median duration of response (P = .03).

In addition, median progression-free survival was significantly better among the patients with non-GCB DLBCL vs those with GCB DLBCL (P < .001) and with the 25-mg dose vs the 15-mg dose; however, overall survival was similar across subgroups.

In terms of safety, the ‘real-world’ analysis demonstrated that toxicities were limited and reversible.

“This study confirms that lenalidomide is a valid and well-tolerated treatment option for relapsed/refractory DLBCL,” the authors conclude. 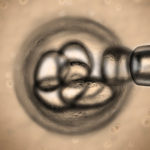