Rituximab was found to be well-tolerated among patients aged younger than 21 years, but infections were common and B lymphocyte recovery was prolonged, underscoring the need for better methods to mitigate infection risk, according to study data published in JAMA Network Open.

“Rituximab is well-tolerated among young people and is associated with few serious adverse events [AEs],” the study authors wrote. “Further examination of strategies to prevent infections following rituximab should be pursued.”

The single-center retrospective cohort study included 468 patients aged younger than 21 years who had received at least 1 dose of rituximab between October 1, 2010 and December 31, 2017. Patients who underwent hematopoietic or solid organ transplant were excluded.

In the cohort, the median age at rituximab administration was 14.3 years, 62.6% were female, and 45% were self-reported White Hispanic. Patients most commonly received rituximab for systemic lupus erythematosus (SLE; 26.5%), nephrotic syndrome (13.0%), autoimmune encephalitis (9.0%), and lymphoma (6.4%).

The majority of patients received preinfusion prophylaxis with corticosteroids, acetaminophen, or diphenhydramine (80%). The median follow-up period was 21.2 months.

Rituximab-related AEs occurred in 15.4% of patients and anaphylaxis developed in 3.6%. There were no reports of long-term AEs such as prolonged neutropenia or leukoencephalopathy.

Low IgG and IgM developed among 23.2% and 40.8% of patients, respectively, despite normal baseline levels. Of the patients evaluated after 1 year, 13.7% and 33.9% had persistently low levels of IgG and IgM, respectively.

The study authors concluded that “rituximab is well-tolerated in children, but infections after its use are common—corresponding to a prolonged period of depressed B cell numbers and Ig levels following even single courses of rituximab.” 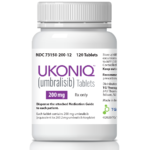