Rituximab in the Treatment of Follicular Lymphoma: the Future of Biosimilars in the Evolving Therapeutic Landscape - Oncology Nurse Advisor

Treatment options for patients with advanced-stage (stage III/IV) FL are similar to those for stage II FL. For asymptomatic patients with non-bulky disease, the watch-and-wait approach with treatment upon disease progression may be appropriate.16 Results from a study by Ardeshna et al conducted in asymptomatic patients with advanced-stage low-tumor-burden FL showed that 88% of patients on maintenance treatment with rituximab did not require treatment at 3 years compared with 46% in the watch-and-wait group (P<0.0001).15 The rituximab induction arm was affected by early closure because of poor accrual. Moreover, there were 18 serious adverse events, possibly as a consequence of treatment with rituximab. However, this study highlights that rituximab monotherapy is a possible option for patients with asymptomatic, low-tumor-burden FL, particularly for those who may not tolerate chemotherapy or for those with slowly progressive disease.8

Patients with advanced-stage FL that is progressive, symptomatic, and/or has associated cytopenias are candidates for chemoimmunotherapy. The choice of chemotherapy agents depends on the drug availability and physician choice. Common treatment regimens include BR, R-CHOP, and R-CVP. Recent evidence suggests that BR is effective as a first-line regimen in patients with advanced disease. In a randomized Phase III study, treatment with BR resulted in non-inferior clinical response compared with standard rituximab chemotherapy (R-CHOP or R-CVP), with an acceptable toxicity profile.17 In a prospective, randomized, open-label study in patients with previously untreated indolent lymphoma, first-line therapy with BR resulted in greater progression-free survival and fewer toxic effects compared with R-CHOP.18

Rituximab is also effective in the re-treatment setting and is used in combination with chemotherapy regimens for the treatment of relapsed/refractory FL. Common chemotherapy regimens include first-line (BR, R-CHOP, and R-CVP) and second-line (fludarabine, cyclophosphamide plus mitoxantrone or fludarabine monotherapy) regimens (Table 1). In patients with early relapse (1–2 years), a non-cross-resistant regimen is preferable (eg, bendamustine before or after CHOP). If patients subsequently experience remission for 6 months, the addition of rituximab should be considered (Table 1).8 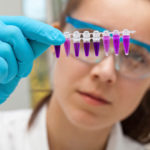