Toxicities were graded retrospectively using the new the American Society for Transplantation and Cellular Therapy (ASTCT) system and were compared with the results from existing grading systems. For CRS, the grading systems known as the Lee criteria, the Penn criteria (coming out of University of Pennsylvania), the system from Memorial Sloan Kettering Cancer Center, on CAR toxicity (CARTOX), and the common terminology criteria for adverse events version 5 (CTCAE v5.0) were used, and for ICANS, the grading systems CTCAE v4.03 and CARTOX were used.

“Indications for treatment vary across current guidelines, which were developed on single products and different grading systems, thus, should not be universally applied,” the study authors wrote. “Different grading systems provide inconsistent CRS/ICANS scores. To avoid discrepancies in assessing and managing toxicities of different products, a unified grading should be used and paired management guidelines with product-specific indications should be developed.” 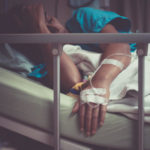