In a recent systematic review, researchers from the Italy-based Fondazione Italiana Linfomi (FIL) characterized fertility-related issues and management for adult survivors of Hodgkin lymphoma (HL) and diffuse large B-cell lymphoma (DLBCL). The review was reported in the journal Cancers (Basel).

According to the authors of the report, treatment options for HL and DLBCL have enhanced patient survival, but with a risk of fertility impairment. The research team surveyed MEDLINE, Cochrane Library, and EMBASE databases to identify publications addressing fertility from between January 1, 1990, and September 30, 2020. The systematic literature review included multiple qualitative analyses regarding fertility risk or preservation approaches, with between 6 and 14 articles evaluated for each analysis.

The researchers found that gonadotoxicity showed relationships to sex, type of treatment, and treatment dosage. For females, there was additionally a relationship between gonadotoxicity and age in some cases. Females 30 years of age and over resumed menstrual regularity at a rate of 45% following treatment with bleomycin, etoposide, doxorubicin, cyclophosphamide, vincristine, procarbazine, and prednisone (as escalated BEACOPP), compared with 82% of younger females given this treatment (P <.001).

In male survivors, 80% appeared at risk of severe spermatogenesis impairment. Most male patients were found to have been offered sperm cryopreservation, and sperm utilization occurred at a rate of 21% to 27%. The pregnancy rate was between 33% to 61% in cases involving assisted reproductive techniques.

For females, with transplantation of ovarian tissue, spontaneous pregnancies occurred at a rate of 38%, and live births at a rate of 23%. In vitro fertilization was linked to a live birth rate of 38.4%. Evaluable data were not available regarding the utilization rate of cryopreserved mature oocytes.

Appropriate methods that were identified to measure male fertility included sperm count, follicle-stimulating hormone, and inhibin-B levels. For females, reproductive outcomes following gonadotoxic therapy were found to be predicted best by using serum anti-Müllerian hormone levels and antral follicle count. The optimal duration of time for conception following end of treatment could not be determined.

“The risk of infertility after anticancer treatment must be discussed with male and female HL and DLBCL patients at the time of diagnosis,” the researchers advised in their report.

The researchers also indicated that prior to first-line treatment, semen cryopreservation should be offered, even if the utilization rate is low, based on this being a simple and fairly inexpensive approach. Mature oocyte or ovarian tissue cryopreservation prior to initial treatment with an alkylating agent may be available to female patients over 35 years of age, according to the researchers.

The researchers noted that several studies involving fertility preservation in patients with lymphoma, including studies on cryopreservation of mature oocytes and long-term male fertility, are either ongoing or soon to be analyzed by FIL researchers. 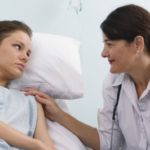