Improvements in the US healthcare system has led to increases of survival among patients with advanced Hodgkin Lymphoma (aHL) over 3 decades, according to a study in The Oncologist.

Although long-term outcomes among patients with stage III to IV Hodgkin lymphoma have been improving over time, there has been little research done to elucidate how specific factors are associated with improved incidence and survival.

For this study, researchers obtained data from 7763 cases of aHL in the Surveillance, Epidemiology, and End Results (SEER) Program database between 1984 and 2013, which showed the number of years of diagnosis, age at diagnosis, disease stage, race, sex, and socioeconomic status (SES).

The only patient variables that were not associated with improved survival rates over time were patients older than 60 years, and the high-poverty group.

The authors concluded that the findings “showed the positive effects of significant advances in US public health care. We also showed that adequate health care can overcome disparities in the susceptibility to aHL due to genetic differences according to race, which may predict future trends in the incidence of and long-term prognosis for aHL.” 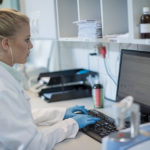