Risks for coronary heart disease (CHD) and heart failure (HF) among survivors of Hodgkin lymphoma who were adolescents or adults at diagnosis included age at diagnosis or treatment, sex, smoking status, treatment with radiotherapy and/or chemotherapy, and treatment doses. These findings were published in the Journal of Clinical Oncology.

Most efforts to predict treatment-related cardiovascular diseases (CVDs) in survivors of childhood HL have focused on people who had cancer in childhood. But those predictions cannot be extrapolated to survivors who were adolescent or adult at the time of their diagnosis.

Therefore, researchers sought to develop prediction models for CHD and HF to find absolute risks for adults who are 5-year HL survivors, and to validate those models. The researchers used a multicenter cohort of 1433 5-year survivors who were aged 18 to 50 years at HL diagnosis to develop their model. The validation cohort was a population of 708 Canadian HL survivors from the Opportunities to Reduce Cardiac late Effects (Oracle) study.

Subsets of HL survivors were at very high risk of CVD, even if they had reached age 50. The predictive ability of these models to predict CHF and HF 20 and 30 years after treatment was moderate, which was confirmed through external validation for the CHF model.

The researchers concluded that the models improved identification of HL survivors who could benefit from targeted screening for CVD and enabled early treatment of risk factors. The models could be incorporated into screening recommendations for the prevention of late adverse effects of HL treatment. They also called for future efforts to focus on incorporating cardiac radiation dosimetry, which could help create more personalized predictions of CVD risk for recently treated patients.

The study may be limited by a possible underestimation of the total burden from heart failure, as the researchers noted that they only included patients without a previous CVD event. Because this limited their cases, the researchers were limited in their ability to validate the HF model. 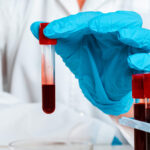