Advances in the treatment of Hodgkin lymphoma over time has led to significantly reduced all-cause mortality rates during the first decade of follow-up for patients who received radiotherapy (RT) alone or with chemotherapy, a study published in the International Journal of Radiation, Biology, Physics has shown.

For this study, researchers retrospectively assessed the data of 1541 patients with stage I or II Hodgkin lymphoma who received radiotherapy alone or with chemotherapy. Study patients were stratified to 3 cohorts by year of treatment (1968-1982, 1983-1992, and 1993-2007). Mean age at diagnosis was 27 years.

Improvements in Hodgkin lymphoma treatment and smaller radiation fields in the most recent treatment era have likely led to higher cure rates and lower rates of treatment-related toxicity. The authors concluded that “current efforts toward radiation treatment reduction may further reduce long-term mortality risk in these patients.” 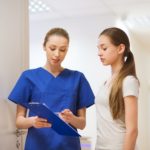