In the present study, we used Joinpoint regression models to estimate the APC change in trends in lung cancer incidence and prevalence by age, sex, race, and histopathological types, and calculated the proportion of tumors in different stages, various treatments, and the long-term survival of patients with lung cancer.

The present study showed that lung cancer incidence has declined in the past 20 years, which is thought to be largely due to tobacco control programs.2,9 Nonetheless, this decline is not consistent among men and women and all racial groups, thus causing disparities in lung cancer incidence. Men appeared to be more susceptible to lung cancer than women historically. Hu et al17 reported that cigarette smoking in both sexes has significantly declined, but men had higher smoking rates than women at any time point, which was reflected in the higher lung cancer incidence rates in men. However, our study showed that the decline in men was sharper, and the gender gap in lung cancer incidence has narrowed in recent years. Moreover, a recent study reported that the historically higher incidence rates in young men compared with young women have reversed since 1960s, which are not fully explained by sex differences in smoking behavior.18 Therefore, future studies are needed to identify the reasons for the higher incidence of lung cancer in young women. Many reports have shown that the incidence rates of lung cancer in black individuals are higher than those in white individuals,19–21although this racial gap also narrowed over time, which is consistent with our findings. The higher incidence rates in black individuals may be due to multiple factors, such as a greater susceptibility to smoking,22 poorer access to health care services,23 and lower smoking cessation rates.24 As effective early screening methods for lung cancer are lacking, and clinical symptoms do not appear until the disease has progressed, the majority of patients are diagnosed with lung cancer at advanced stages.25

It is well-known that lung cancer etiology and prognosis are correlated with tumor histopathological types. The trends in lung cancer incidence vary greatly by histopathological type due to different exposure to tobacco smoke and other lung carcinogens.26–29 In our study, up to the early 1980s, SCC was most prevalent in the United States, and then started to decrease, which paralleled a decline in smoking rates.6,8 It is considered that SCC oncogenesis is closely correlated with heavy smoking.30–32In 1985, the incidence of ADC surpassed that of SCC for the first time, and ADC then became the most prevalent histopathological type of lung cancer. Although the smoking rate has declined, there are other risk factors associated with the increasing rate of ADC, such as human papillomavirus infection33 and both indoor and outdoor air pollution.34 In our study, the incidence of ADC showed an upward trend, while the incidence of other histological types (SCC, LCC, and SCLC), which are strongly associated with smoking, decreased from the late 1980s.

We showed that the 5-year relative survival rate for lung cancer significantly increased with time in the United States, which was mainly due to progress in treatment over the years.35 However, the survival of lung cancer patients is still poor. A study from Japan reviewed that the 5-year relative survival between 1970s and 2000s increased from 6.0% to 30.9% in females and from 7.2% to 19.6% in males.36 It is well-known that surgery offers lung cancer patients the best chance of long-term survival; however, our study revealed that the surgical resection rate was only about 25%, and showed a decreasing trend in recent years. Similar to our results, a study from Norway showed that the surgical rate for lung cancer was <20%. From the mid 1990s to the mid 2000s, the lung cancer resection rate (including SCLC) increased from 16.4% to 19.1%. Excluding SCLC cases, the resection rate increased from 19.7% to 20.2%.37 In a study from Canada, only 18% of NSCLC received surgical treatment. For early-stage lung cancer, the surgical resection rate was 58.9%,38 which was consistent with ours. We showed that the surgical rate has significantly decreased in localized lung cancer recently. It seems that the reason is that stereotactic radiotherapy has increased.39 In our study, the radiotherapy rate of localized lung cancer has an increasing trend from 2006 to 2015, which may explain why the surgical rate and chemotherapy rate decreased in this period. Moreover, most patients were diagnosed with distant stage lung cancer, which is another important risk factor for poor survival. Notably, female patients had better survival than male patients. This survival advantage is likely due to a variety of factors. Fu et al40 analyzed the SEER database and found that female patients with local stage lung cancer received surgery more frequently than males. This difference in surgical rate may partially explain the better survival rate in women. In addition, women were more vulnerable to ADC due to the difference in smoking patterns.29 During the 21st century, ADC had a better prognosis than other histological types.36 The present study showed that the survival rates of black patients were lower than those of white patients at all time points, which may be attributed to the differences in tumor stage at diagnosis, variability in treatment, access to health care services, and socioeconomic factors.41,42 In addition, it has been reported that compared with white patients, black patients were less likely to undergo surgery for early-stage lung cancer or chemoradiotherapy for advanced stage lung cancer.25 Furthermore, black patients were more likely to be diagnosed with advanced lung cancer than white patients. These factors may contribute to the racial disparities observed in lung cancer survival in the United States.

The SEER database only contains data on patients within US regions, and does not represent changes in the incidence, treatment, and survival of lung cancer worldwide. Therefore, extensive research is necessary to estimate the changes in lung cancer over the past decades.

This study updated the trends in lung cancer incidence by sex, race, age, and histopathological types, and showed changes in treatment and the 5-year relative survival. In the past decades, the overall incidence of lung cancer increased initially and then gradually decreased. The surgical rate and radiotherapy rate of lung cancer showed a general downward trend while the chemotherapy rate experienced a significantly increasing trend. Although the 5-year relative survival rate increased significantly with years, it was still very low. Our study provided a comprehensive overview of lung cancer over the past 43 years.

This work was supported by the National Natural Science Foundation of China (Grant No. 81472225; www.nsfc.gov.cn/), and the Research Program of Shanghai Health and Family Planning Commission (201640102; www.wsjsw.gov.cn). The authors thank International Science Editing (http://www.internationalscienceediting.com) for editing this manuscript.

TL, XY, YH, MZ, ML, KM, JY, CZ, and QW conceived the study design. Data acquisition was carried out by TL, XY, YH, MZ, ML, KM, JY, and CZ. TL, XY, YH, and MZ did the analyses and interpretation of data. TL and XY drafted the manuscript. Revision of the manuscript was critically done by CZ and QW. All authors contributed to data analysis, drafting and revising the article, gave final approval of the version to be published, and agree to be accountable for all aspects of the work.

9. Polednak AP. Lung cancer incidence trends by histologic type in areas of California vs. other areas in the surveillance, epidemiology and end results program. Cancer Epidemiol. 2009;33(5):319–324.

15. Varlotto JM, Voland R, McKie K, et al. Population-based differences in the outcome and presentation of lung cancer patients based upon racial, histologic, and economic factors in all lung patients and those with metastatic disease. Cancer Med. 2018;7(4):1211–1220. 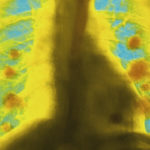