Although state-specific information about the health burden of smoking is valuable for implementing state-level initiatives to control cigarette smoking, smoking-attributable cancer mortality estimates have not been established by state. Therefore, researchers sought to calculate the proportion of cancer deaths among patients age 35 years and older related to cigarette smoking in 2014 in each state and the District of Columbia.

The study further demonstrated that the proportion of cancer deaths attributable to smoking among men were highest in Arkansas, Louisiana, Tennessee, West Virginia, and Kentucky. Kentucky, Arkansas, Tennessee, Alaska, and Nevada had the highest rates of smoking-related cancer deaths in women. 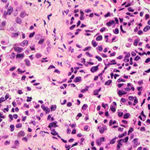