Osimertinib was the first third-generation EGFR TKI to receive accelerated approval by FDA in November 2015 for the treatment of patients with EGFR T790M-positive NSCLC whose disease had progressed on or after EGFR TKI therapy, and subsequent conditional approval by European Medicines Agency (EMA) in February 2016. In the AURA studies, EGFR T790M mutation status in tumor samples was assessed by using the Cobas EGFR Mutation Test v2 (Roche Molecular Systems, Pleasanton, CA, USA), which received initial FDA approval as companion diagnostic test to detect EGFR T790M mutant in tissue for osimertinib treatment. The approval of osimertinib by EMA already included the possibility of determining EGFR T790M mutation status using either a validated plasma-based or a tissue-based test. However, if the result of plasma detection in plasma is negative, due to the potential for false negative results, a tissue test is advisable wherever possible to determine EGFR T790M mutation (Figure 2). In the US, several months after the first approval of osimertinib, in September 2016, the FDA approved a label extension of the Cobas® EGFR Mutation Test v2 for use with plasma samples as a companion diagnostic for osimertinib.

Mechanisms of resistance to osimertinib The C797S mutation in the EGFR gene was found to confer resistance also to the third-generation EGFR TKI HM61713.102,106

Other EGFR mutations, including the L798I, can also confer resistance to osimertinib.107 Recently, in a patient with a L858R and T790M mutation progressing to osimertinib, a novel solvent-front mutation at Gly796(G796S/R) together with C797S/R and L792F/H, all in cis with T790M, emerged in plasma DNA.108

Constitutive ERK activation through NRAS mutations and gain of copy number of wild-type NRAS or KRAS can be associated with resistance to osimertinib, as has been described in preclinical models.112The concomitant inhibition of EGFR and ERK can prevent the emergence of resistance and be a better therapeutic approach than single EGFR inhibition.112,113 The BRAF V600E mutation was found in cells from malignant pleural effusion of a patient progressing to osimertinib. When these cells were cultured in vitro, they were significantly sensitive to the simultaneous blockade of EGFR and BRAF.114 According to case reports, bypass pathway activation via MET or ERBB2 amplification can be responsible for the resistance to third-generation EGFR TKIs.115,116 In a patient with high level of MET amplification, post-osimertinib treatment, single-agent crizotinib, was able to alleviate the symptoms of the disease.116The amplification of MET, ERBB2 or KRAS G12S mutation was identified in tumor specimens from NSCLC patients who progressed with osimertinib or rociletinib treatment.100,117 Finally, transformation to SCLC has been described in 2 cases during osimertinib treatment, making the repetition of a biopsy a necessity at the time of resistance to third-generation EGFR TKIs, in order for an appropriate therapeutic decision to be made.118

Osimertinib is currently being investigated in several trials as a single agent in different settings of disease and in novel, potentially synergistic, combinations with other targeted therapies or immunotherapies.

Updated efficacy results from 2 expansion cohorts, including patients with EGFR-mutated, advanced NSCLC who received 80 or 160 mg osimertinib as first-line treatment in the AURA study, demonstrated an impressive ORR of 77% (67% in the 80 mg- and 87% in the 160 mg cohort), with a DCR of 97% and a median DoR not reached. The median PFS was 19.3 months. The toxicity profile was manageable, with higher frequency of AEs and of dose reductions due to treatment-related AEs in the 160 mg cohort.119 The Phase III FLAURA (NCT02296125) trial is ongoing to compare the efficacy and safety of osimertinib with gefitinib or erlotinib in treatment-naïve EGFR-mutated NSCLC patients. A key secondary endpoint of the study is PFS in patients with T790M.

The presence of EGFR T790M in pretreatment tumors, which has been reported at different frequencies depending on the detection methods used,16,120–124 can further support the upfront use of osimertinib. In the EURTAC trial, pretreatment somatic EGFR T790M mutation was detected in about 65% of patients by using a highly sensitive method based on peptide nucleic acid clamping PCR and correlated with shorter PFS compared with patients without the resistant mutation.124 An ongoing study (AZENT; NCT02841579) has recently started to evaluate the safety and efficacy of osimertinib as first-line therapy for patients with concomitant sensitizing and T790M mutation.

Regarding the other settings of disease, an ongoing Phase III trial (AUDARA; NCT02511106), is evaluating osimertinib as adjuvant therapy compared with placebo in completed resected stage IB-IIIA, EGFR mutation-positive NSCLC.

Based on its favorable toxicity profile, osimertinib has been considered a particularly attractive candidate for combination therapeutic strategies. Preclinical studies also support a synergy of osimertinib with some targeted agents, for example, MEK inhibitors. The TATTON trial (NCT02143466) is a multi-arm, multicenter, Phase Ib trial, including a dose-escalation and a dose-expansion part, evaluating osimertinib in combination with the anti-PD-L1 monoclonal antibody, durvalumab (MEDI4736), or with the MET inhibitor, AZD6094, or with the MEK1/2 inhibitor, selumetinib, (AZD6244, ARRY-142886) in patients with advanced EGFR-mutated NSCLC. Inhibitors of the PD1/PD-L1 axis have been shown to be active in a broad range of malignancies.21,125 Durvalumab, which is currently approved for the treatment of locally advanced or metastatic urothelial carcinoma, has shown promising activity with durable responses as a single agent in pretreated patients with locally advanced or metastatic NSCLC, including patients with EGFR mutations, with greater activity in those patients with higher levels of PD-L1 expression (≥25%, assessed by the immunohistochemistry assay of Roche Ventana SP263, Roche Diagnostics, Indianapolis, IN, USA).126 Updated results from the osimertinib and durvalumab combination arm presented at the European Lung Cancer Congress last year showed promising activity, but raised safety concerns due to a higher frequency of ILD events (38%, 13 of 34 patients, with 5 cases of grade 3/4) with the combination, compared with either single-agent treatment, especially in EGFR TKI treatment-naïve patients, although there was no apparent increase in ILD severity.127 Therefore, this combination arm was suspended.

Other possible approaches include combinations with antiangiogenic agents or anti-EGFR monoclonal antibodies. Indeed, an open-label, multicenter, Phase I study (NCT02789345) is ongoing to assess the safety and preliminary efficacy of ramucirumab or necitumumab in combination with osimertinib in patients with advanced EGFR T790M-positive NSCLC who have progressed after EGFR TKI therapy. An exploratory biomarker objective of this study includes the correlations between EGFR mutations in tissue and serial blood samples with clinical outcomes.128 In a recent appealing study, it was observed that acquired resistance mediated by T790M can occur, either by selective growth of preexisting clones positive for this mutation or by genetic evolution of initially T790M-negative drug-tolerant cells. In this last case, cells displayed a diminished apoptotic response to third-generation EGFR TKIs targeting T790M. Navitoclax (ABT-263), an inhibitor of BCL-2 family proteins, enhances the apoptotic response of these late resistant T790M cells and sensitivity to EGFR inhibition.129 The combination of navitoclax with the third-generation WZ4002 induced more apoptosis compared with WZ4002 alone in T790M patient-derived cell lines, in vitro-generated resistant T790M cell lines and in vivo xenograft tumors.129A phase Ib trial is ongoing to evaluate the safety and tolerability of osimertinib and navitoclax combination in patients with EGFR-mutated NSCLC following resistance to prior EGFR TKI therapy (NCT02520778).

To overcome the C797S-mediated resistance, next-generation, selective inhibitors are needed. A novel allosteric, non-ATP competitive inhibitor (EAI045) of mutant EGFR has been recently identified.130,131When combined with cetuximab, which can block EGFR dimerization by preventing EGF ligand binding, EAI045 markedly inhibited the proliferation of Ba/F3 cells bearing L858R/T790M mutation. These in vitro studies proved that EAI045 is active and selective for T790M-harboring EGFR mutants that are in a monomer state. In a mouse model of lung cancer harboring triple-mutant (L858R/T790M/C797S) EGFR, the combination of EAI045 and cetuximab was able to induce a remarkable tumor regression, thus suggesting this compound can overcome resistance from acquired T790M and C797S mutations. Notably, the next-generation ALK inhibitor brigatinib, with or without the combination of an anti-EGFR antibody, has recently demonstrated activity in preclinical models of triple-mutant tumors.132 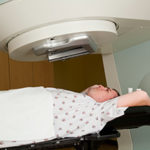