This finding, reported in JAMA Oncology, comes from the phase 1/2 trial that supported the recent US approval of mobocertinib.

The trial (ClinicalTrials.gov Identifier: NCT02716116) included patients with mNSCLC and EGFRex20ins who received mobocertinib at 160 mg once daily.

Grade 3 or higher TRAEs occurred in 47% of patients in the platinum-pretreated cohort and 42% of those in the expansion cohort. Treatment discontinuation due to any adverse event occurred in 17% and 10%, respectively.

“Mobocertinib appears to have a favorable risk-benefit profile in patients with previously treated EGFRex20ins-positive mNSCLC and may serve as a potential treatment option in this patient population, which has a high unmet medical need,” the researchers concluded.

Disclosures: This research was supported by Millennium Pharmaceuticals, Inc. Some study authors declared affiliations with biotech, pharmaceutical, and/or device companies. Please see the original reference for a full list of disclosures. 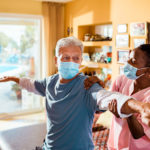