A recent prospective study demonstrated that neuronal autoantibodies were not uncommon in patients with lung cancer, and the analysis estimated they occur in more than one-third of patients. Study results were published in JAMA Oncology.

Patients in this study had lung cancer and were seen at a center in Berlin, Germany. The patients underwent serum sampling for neuronal autoantibodies, in addition to neuropsychological testing. Results were evaluated to determine if associations existed between neuronal autoantibodies and evidence of cognitive impairment.

A total of 167 patients with lung cancer were assessed, of whom 127 had NSCLC and the remaining 40 patients had SCLC. The median patient age was 66.0 years. PNS was seen in 4.8% of patients, all of whom had SCLC. 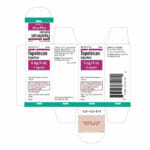