Language barriers and the patient’s ethnicity were not found to affect the time interval from diagnosis to initial treatment among patients with non-small cell lung cancer (NSCLC), a study published in the Chest Journal has shown.

Early diagnosis leads to improved outcomes among patients with NSCLC, and previous studies have shown that factors such as older age, black race, and the type of hospital are associated with delays in treatment. The authors of this study investigated the effect language barriers would have on delaying the initiation of therapy in public and private hospital systems.

For this retrospective study, researchers evaluated the data from 336 patients with NSCLC treated at public and private hospitals; 81% of patients were from public hospitals. Fifty-four percent of patients were male and the average age was 59 years. The patient population was multiethnic: 32% Asian, 31% Hispanic, 20% white, and 14% black.

Approximately 50% of the patients were non-English speakers. The median times to treatment in the public hospital vs the private hospital were 48 days vs 31 days, respectively (P <.0001). After multivariate analysis, receiving treatment at a public hospital was associated with delays in treatment (hazard ratio [HR], 0.52, 95% CI, 0.35-0.70), but ethnicity and language barriers were not correlated.

The authors concluded, “[d]elays in treatment at our public hospital highlight the need to address all potential social, economic, and bureaucratic issues responsible for prolonged health service delivery in such settings. However, the lack of effect of ethnicity or primary language spoken on delays in care stress the importance of a multiethnic support system in overcoming communication barriers.”

Chaddha U, Maehara D, Lin S, In G, Chang CF, Balekian A. Effect of language and ethnicity on interval from diagnosis to treatment in non-small cell lung cancer patients at a public and a private hospital. Chest. 2017;152(4 suppl):620A. 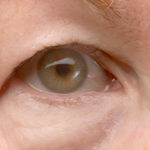