In patients with metastatic non-small cell lung cancer (NSCLC), the administration of erlotinib at doses below the maximum tolerated dose (MTD) resulted in a high response rate and a prolonged median progression-free survival, according to a study published in Cancer.1

Erlotinib is a standard frontline treatment option for patients with metastatic EGFR mutation-positive NSCLC. The recommended dose of erlotinib is 150 mg daily, which is also the MTD.

For the study, investigators analyzed data from 198 patients with advanced NSCLC who harbored EGFR L858R mutations or exon 19 deletions and had received first-line erlotinib therapy.

However, the study revealed a nonsignificant trend toward higher rates of progression within the central nervous system in patients who received reduced-dose erlotinib. 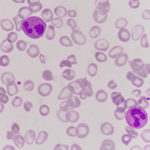