The US Food and Drug Administration (FDA) granted approval to alectinib as a first-line therapy for patients with ALK-positive metastatic non–small cell lung cancer (NSCLC), according to a press release.1

The FDA based its approval on results from the open-label phase 3 ALEX trial (ClinicalTrials.gov Identifier: NCT02075840), for which researchers randomly assigned 303 patients with ALK-positive NSCLC not previously treated with systemic therapy to receive alectinib or crizotinib. 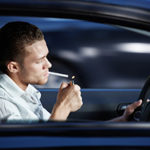