The process of searching and screening the literature is shown in Figure 1. We identified a total of 822 publications in accordance with the search method described. When scanning the titles, abstracts, publication types, and full texts of the 822 publications, it was found that only 35 articles mentioned the correlation between pretreatment serum albumin and the outcome of RCC patients. Among these, 18 articles were excluded (three lacked some important data, seven used continuous or two cutoffs, and eight only reported odds ratios or relative risks). Thus, a total of 17 studies comprising 6,447 cases were included in our meta-analysis.14–28 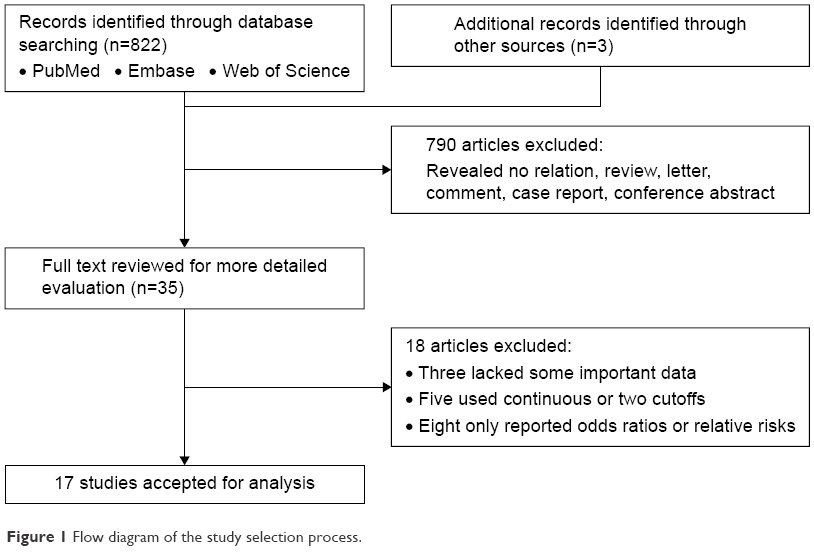 The basic information on the studies conforming to the inclusion criteria is collected in Table 1. The 17 included articles were published from 2000 to 2015, and most of them came from Asia (n=4), Europe (n=4), and North America (n=8). Our meta-analysis included a total of 6,447 patients, with a median number of 209 patients per study (range: 70–2,119). Of these studies, nine explored the effect of pretreatment serum albumin on the prognosis of metastatic renal cell carcinoma, three on localized RCC, and four on clear cell renal cell carcinoma. Meanwhile, ten studies were evaluated using multivariate analysis, and seven were evaluated using univariate analysis. OS was evaluated in eleven studies, CSS was reported in eight studies, PFS was reported in two studies, and RFS was reported in one study. Considering there are more studies about OS, we chose OS as the primary outcome of the studies selected for this meta-analysis. HRs were directly reported for 15 studies, and estimated indirectly for the remaining two studies. The cutoff value of pretreatment serum albumin used in most studies was 3.5 g/dL (the lower limit of normal). 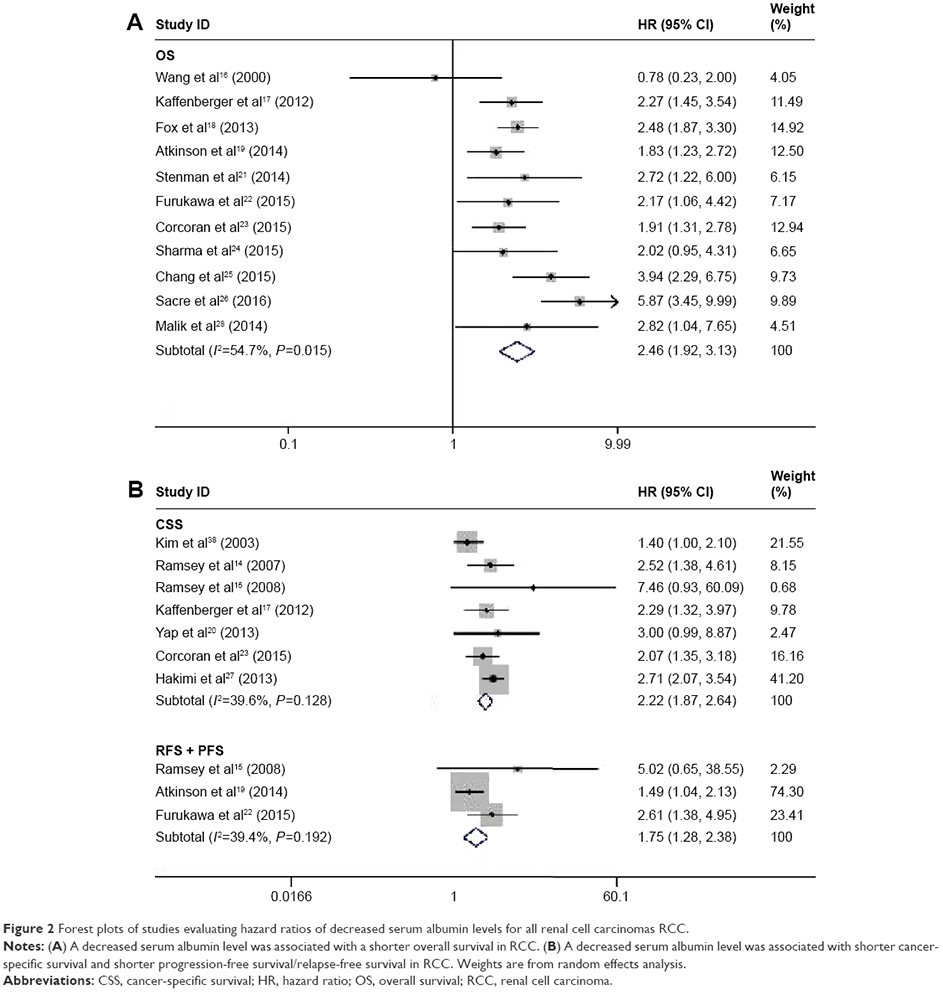 According to the Newcastle–Ottawa scale, we assessed the quality of the 17 eligible studies included in our meta-analysis. The quality scores of the studies varied from 4 to 9, with a mean of 6.5. A higher score showed better methodology. None of the studies mentioned were excluded from subsequent analyses. (To view a larger version of table 2, click here.) 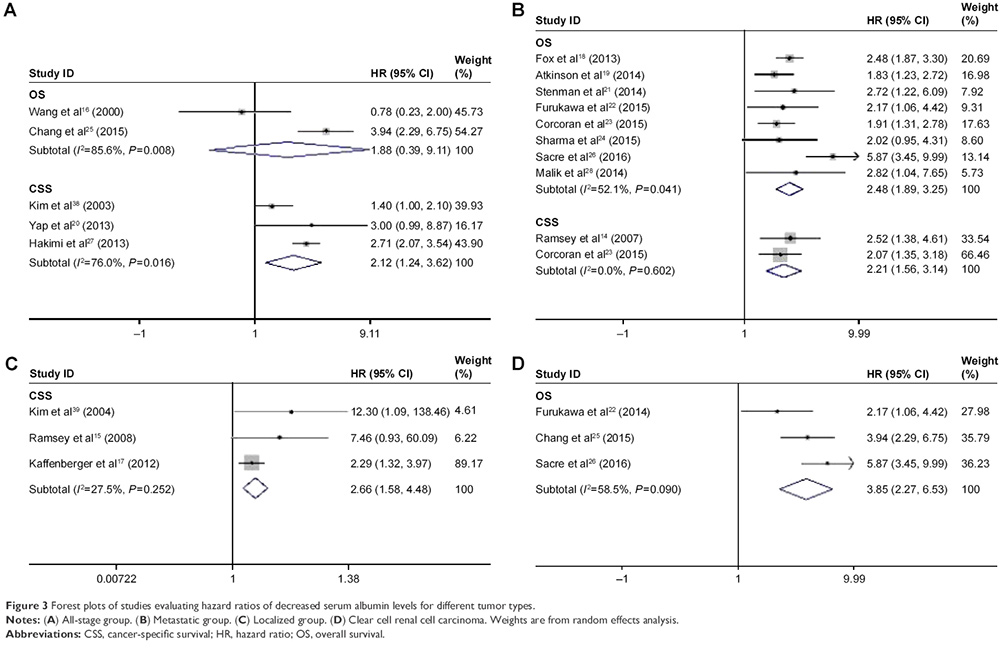 Each single cohort included in our meta-analysis was deleted, in turn, to check if individual studies influenced the results. Results of sensitivity analyses indicated the strength of our findings (data not shown).