Adding GEMOX to sorafenib (n=83) increased 4-month PFS rate from 54% to 61% and median OS from 13 to 13.5 months.27 Williet et al28 described a 61 year old man with HCC and lymph node metastasis treated with sorafenib and GEMOX, who achieved a PR and drop of α-fetoprotein to normal levels. The treatment resulted in a curative surgery. The experience within the GPOH with GEMOX given every 14 days with sorafenib in-between further supports that this regimen is worth being evaluated in a prospective study in pediatric patients.

But still, new effective drugs besides the conventional chemotherapeutic ones (eg, PLADO, GEMOX, and sorafenib) are definitely needed with the goal to achieve a higher response rate, thus translating into a higher surgical resection rate.

Since it is strongly believed that HCC in children is a different biologic disease, results from studies in the adult population cannot simply be translated to children.7,8 The better response to chemotherapy in pediatric patients may be due to the much higher rate of “de novo” tumors and normal liver function. In addition, in older children and in young adolescents, an entity called transitional liver cell tumor has been observed, which is made up of chemotherapy-sensitive hepatoblastoma-like cells, cells similar to those of HCC, and intermediate cell forms.29 Young people more often present the fibrolamellar histologic variant.30 It was thought that this variant has a more favorable prognosis, but recently it was shown that the long-term OS is similar to that for HCC.31

Since HCCs are highly vascularized tumors with increased levels of VEGF, antiangiogenic approaches represent a potential new therapeutic strategy. In adults, but not in children, different antiangiogenic agents besides sorafenib have been tested in clinical studies, eg, sunitinib, brivanib, bevacizumab, and ramucirumab.32 For example, sunitinib was proven to be nonsuperior when randomized with sorafenib and was highly toxic, with side effects including thrombocytopenia and neutropenia.33 Bevacizumab was the most promising agent, showing an objective response in six of 46 patients (13%) and a PFS rate of 65% at 6 months.34 In combination with erlotinib (EGFR inhibitor), a response rate of 25% was reported.35 Despite the initial promising results, there were no plans for a Phase III study with bevacizumab.

The HGF /c-MET pathway has been identified as having an important role in tumor progression, angiogenesis, and appearance of metastases in HCC. Silencing the c-Met expression in cell lines and preclinical models was shown to inhibit HCC growth.38 However, only in patients with a high MET expression, tivantinib, a selective tyrosine kinase inhibitor, achieved a significantly longer median time to progression (1.4 vs 2.7 months), PFS (1.4 vs 2.2 months), and overall survival (3.8 vs 7.2 months).39 Cabozantinib (XL184), a dual tyrosine kinase inhibitor with activity against c-MET, VEGFR2, and RET, demonstrated a tumor control rate at week 12 of 71% in a randomized Phase II study.40 A 10 year old child was treated with relapsed HCC in complete remission with cabozantinib as maintenance therapy for 12 months. Two months later, the child relapsed again in the lung.

Immune checkpoint blockade has been presented as a new encouraging therapeutic option for various malignancies including HCC. Blocking of PD-1 with a specific antibody has been shown to amplify T-cell function and enhance antitumor effects.41 HCC is known to be an inflammation-associated cancer and can therefore be immunogenic.42 Upregulation of PD-1 and the PD-1 immune checkpoint ligand (PD-L1) in HCC is associated with poor prognosis.43,44 In a Phase I/II study, PD-1 blockade with nivolumab showed complete responses in two out of 39 patients (5%) and PRs in seven (18%) patients. OS rate was 72% at 6 months.45 These initial data support the continued exploration of nivolumab in HCC. The abovementioned 10 year old boy was treated for the second relapse with nivolumab and achieved a significant but temporary clinical response.

Current studies in adult cancer are ongoing, combining immune checkpoint inhibitors with targeted therapy or chemotherapeutic agents such as anthracyclines or gemcitabine since these can also modulate T-cell proliferation and promote immunogenic cell death.41,46,47 This makes sense as monotherapy with targeted agents demonstrated an improved response rate but a limited time to tumor progression, whereas checkpoint blockade monotherapy seems to have a lower response rate but an extended PFS.48

Unfortunately, information about the feasibility or effects of those new agents is not available for childhood HCC. Therefore, Phase I/II trials are urgently needed in childhood HCC.

Liver transplantation across the Milan criteria?

The indication for liver transplantation in adults is restricted to the Milan criteria, ie, the evidence of a single tumor <5 cm in size or no more than three foci with each not exceeding 3 cm and no vascular invasion or extrahepatic involvement.49 The practice guidelines of the American Association for Transplantation and the North American Society for Pediatric Gastroeneterology, Hepatology, and Nutrition recommend that the indication for liver transplantation in childhood HCC must be discussed individually for each patient. In principle, liver transplantation should be considered in children with no extrahepatic tumor or gross vascular invasion on radiological imaging, irrespective of the size of the lesions or the number of the lesions.50 Successful transplantations have been done in children with more liberal criteria, even in patients with large, multifocal HCC, microscopic blood vessel involvement, or limited extrahepatic tumor.51–53

To conclude, the Milan criteria are not applicable for children with HCC. Individual decisions for a liver transplantation have to be made. 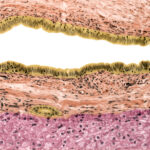