Many patients with HCC are treated with SBRT, as it associated with excellent local tumor control. However, this treatment can cause toxic effects on liver function. To understand the direct and indirect effects of SBRT dosage, 24 patients with HCC underwent magnetic resonance imaging (MRI) and gave blood samples prior to and 1 month following SBRT. Liver function and inflammatory markers were compared before and after treatment.

The percentage of gadoxetic acid uptake rate (k1) loss was linearly related with SBRT dose, in which k1 declined by 0.4%/Gy. A similar relationship was observed for absolute k1 loss. A model with a random effect of patients fit the data better than a fixed-effect model (P <.05).

The analysis of patient-specific k1 loss found that k1 loss for patients in the lowest dose bin had the greatest variability that could not be attributed to dose alone.

The k1 response of patients correlated with pre-SBRT complication probability (P <.001), pre-SBRT albumin-bilirubin scores (P <.001), and tumor necrosis factor á receptor one prior to (P <.04) and after (P <.02) SBRT.

The major limitation of this study was its small sample size.

These data indicated that liver function following SBRT for the treatment of HCC was affected by local dose, k1 before SBRT, and inflammation. 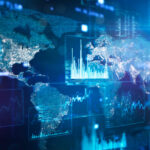