In a survey on end-of-life (EOL) discussions, hematologic oncologists reported that these discussions with patients who have blood cancers occur too late, according to a report published online by JAMA Internal Medicine (doi:10.1001/jamainternmed.2015.6599).

Oreofe O. Odejide, MD, of the Dana-Farber Cancer Institute in Boston, Massachusetts, and coauthors conducted a survey to examine the timing of EOL discussions. Their survey was completed by 349 hematologic oncologists (57.3% response rate).

Approximately 56% of hematologic oncologists (based on a slightly smaller number of respondents who answered a survey question about timing) reported when EOL discussions happen as “too late.” Oncologists in tertiary centers were more likely to report EOL discussions with patients as late compared with those in community centers.

This research was supported by a postdoctoral fellow award from the Lymphoma Research Foundation and a Young Investigator Award from the Conquer Cancer Foundation.

In accompanying commentary (doi:10.1001/jamainternmed.2015.6994), Thomas W. LeBlanc, MD, MA, of the Duke University School of Medicine, Durham, North Carolina, commented, “These findings are important. They provide a better sense of hematologic oncologists’ awareness of gaps in the quality of EOL care, confirming that hematologic oncologists generally do not have their ‘heads in the sand’ about how they tend to practice. 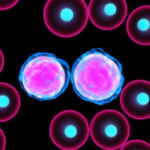