Abstract: Currently, the post-remission treatment in acute leukemia is based on the genetic profile of leukemic cells at diagnosis (ie, FLT3 ITD positivity) and on the level of measurable residual disease (MRD) after induction and consolidation chemotherapy. Two methods are currently preferred for MRD evaluation in many centers: multiparameter flow cytometry and real-time quantitative PCR. Additional methods such as next-generation sequencing and digital PCR are under investigation, in an attempt to increase the sensitivity and thus allowing the detection of small clones. Many studies suggest that MRD positivity after chemotherapy is associated with negative prognosis, and the reappearance of MRD during follow-up allows impending relapse to be identified and consequently enables early intervention. Finally, MRD positivity before hematopoietic stem cell transplantation is predictive of the outcome. Although the significance of MRD in acute leukemia has been widely explored, the assessment of molecular MRD is not yet a routine practice. In this review, we describe the significance of MRD in different settings and the main markers and methods used for MRD detection.

Acute myeloid leukemia (AML) is a heterogeneous group of clonal hematopoietic stem cell disorders with different sensitivity to chemotherapy.1 The molecular pathogenesis of AML has been studied for years by cytogenetic and molecular analyses.1,2 Recurrent genetic abnormalities play an essential role in the pathogenesis of the disease and are well established prognostic markers. More recently, studies based on next-generation sequencing (NGS) clearly showed that leukemia is composed of different clones having different genetic profiles.2,3 Frequently, a funding clone can be identified at diagnosis and additional small subclones can be detected only by very sensitive methods.4,5 The small clones, undetectable at diagnosis, are capable of expansion over time and might be responsible for relapse. Furthermore, additional mutations may emerge in clones and subclones during chemotherapy and may change their sensitivity profile to different agents, thus favoring chemo-resistance and finally relapse.4 The so-called “clonal evolution” explains the different mutational profiles frequently observed from diagnosis to relapse.

Although the majority of patients with de novo AML can undergo morphological remission after chemotherapy treatment, the rate of relapse is still very high.1 A number of studies clearly showed that the identification of persistence of a small amount of minimal residual disease, or more precisely measurable residual disease (MRD), is an important prognostic factor to establish the risk of relapse and, as a consequence, the post-remission therapy.6,7

Currently, the post-remission treatment is based on the genetic profile of leukemic cells at diagnosis and on the level of minimal residual disease after induction and consolidation chemotherapy, detected by multiparameter flow cytometry (MFC) in the majority of the studies.8 In this review, an example is provided by the GIMEMA clinical trial AML1310 (ClinicalTrials.gov. Identifier NCT01452646) that stratified the post-remission therapy according to the presence of MRD. Intermediate-risk AML with positive MRD received allogeneic hematopoietic stem cell transplantation (allo-HSCT), while MRD-negative cases were treated only with consolidation chemotherapy. Although the results are still under analysis, it is reasonable that in the near future the decision between chemotherapy or chemotherapy plus allo-HSCT will be based not only on genetic risk at diagnosis but also on the presence of MRD.

Despite the significance of MRD in acute leukemia having been widely explored, with an increasing number of studies demonstrating the positive prognostic value of MRD negativity, the assessment of molecular minimal residual disease is not yet a routine practice. Many studies are based on few genetic markers and the agreement on the methods and targets is still far from being reached. An attempt to standardize the methodology and to provide suggestion on when and how to monitor MRD has been recently published under the aegis of the European Leukemia Net (ELN).9

MRD indicates the presence of leukemia cells down to the levels of 1:104 to 1:106 white blood cells, compared with 1:20 in morphology-based measurement.

Two methods are currently preferred for MRD evaluation in many centers: MFC and real-time quantitative PCR (qPCR). Additional methods such as NGS and droplet digital PCR (ddPCR) are under investigation, in an attempt to increase the sensitivity and thus allow the detection of small clones. Each methodology differs in the sensitivity to detect the presence of MRD and in the number of patients who can potentially be monitored.

When applying molecular monitoring in AML patients, an important aspect should be considered, ie, the age-related clonal hematopoiesis. In the last few years, at least three different large studies carried out on thousands of healthy subjects of different ages investigated the presence of mutations in hematopoietic cells by using NGS technique.10–12 The mutations detected in healthy subjects are typical of leukemic cells including TET2, DNMT3A, and ASXL1. These studies identified mutations with an allele frequency of more than 2% in an increasing proportion of subjects during aging. By the age of 70 years, more than 10% of the subjects have clonal hematopoiesis which is a risk factor for both the development of malignancies, which occur in 0.5%–1% of them per year, and cardiovascular events, with an increased risk of four times compared to age-matched controls.11,12 The detection of mutations in healthy people suggests the existence of pre-leukemic stem cells. When additional mutations are acquired, leukemia might develop. Intensive chemotherapy selectively targets the malignant clone, thus allowing the pre-leukemic clone to survive.

Recently, the persistence of these mutations has been demonstrated during remission after chemotherapy without an evident impact on relapse, suggesting the persistence of pre-leukemic stem cells.5 These data have an important impact on the significance of MRD and on the choice of the molecular marker to follow.

There are two main approaches for molecular MRD quantification: real-time PCR and DNA sequencing.9 The PCR approach includes real-time PCR, digital PCR, and chimerism analysis. Real-time PCR represents, so far, the gold standard for MRD detection, although its application is limited to a selected number of patients (about 40%), carrying one or more suitable molecular markers.13

This limitation might be overcome by NGS that, at least in theory, can be applied to all leukemia-specific genetic markers. This approach can increase the percentage of patients who can be monitored by another 40%. However, this method still requires validation and standardization.9 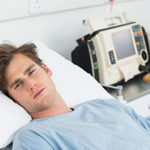