Pediatric patients with acute lymphocytic leukemia (ALL), the most common type of pediatric cancer, report taking more of their anticancer medication than they actually did.1

The anticancer medication 6-mercaptopurine (6MP) is prescribed after chemotherapy for 2 years and must be taken accurately every day to achieve robust remission. However, a study recently published in the journal Blood reports that 84% of pediatric patients over-report their adherence to a 6MP regimen.

The researchers gave 416 patients with ALL from 87 different institutions pill bottles containing a microprocessor chip in the lid that detected the opening and closing of the bottle. Logs from the chip were then compared to the responses on patient questionnaires. Of those patients who adhered to their 6MP regimen, defined as taking their prescribed dose 95% of the time, 8% over-reported their intake. Of the patients who were nonadherent, 47% over-reported their intake.

“Because this therapy is administered orally every day, we cannot supervise our patients to make sure they are taking their pills,” explained Smita Bhatia, MD, MPH, of the University of Alabama at Birmingham. “Findings from this study suggest that we need better ways to monitor intake of medications as prescribed.”

To understand why patients were not taking their medication, the researchers conducted patient interviews. They found that forgetfulness was the main reason why patients missed their doses and that parent involvement was key to combating forgetfulness.

Building upon these findings, the authors conducted a trial where physicians sent text messages to both the patient and the parent at designated times reminding them to take their medication, to which both the patient and the parent responded via text that the dose was taken. “We hope that this will be a real step in improving outcomes in children with leukemia,” said Dr Bahtia. 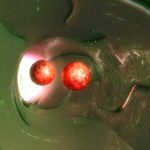