Ibrutinib treatment for chronic lymphocytic leukemia with the deletion of chromosome 17p (del17p CLL) increases the percentage of patients alive at 30 months over other therapies for del17p CLL, study findings presented at the European Hematology Association 21st Congress have shown.1

CLL is the most common leukemia in adults in the United States, and the worst clinical outcomes are associated with the del17p type. Patients with CLL with del17p usually survive only 2 to 3 years from initial chemotherapy, due in part to the lack of wild-type function of their p53 gene that the deletion causes.

Ibrutinib is a first-in-class, oral, once-daily inhibitor of Bruton’s tyrosine kinase (BTK) and is used for treatment without chemotherapy. It is approved in the United States for treatment of CLL or small lymphocytic leukemia (SLL) with or without del17p. Ibrutinib is approved to treat del17p CLL and SLL and to treat CLL and SLL without del17p after 1 previous therapy in the European Union.

BTK is an enzyme that has an important role in the development of the immune system’s B cells.

This study analyzed data from 243 patients with del17p CLL from 3 different ibrutinib clinical trials. Half of the patients received ibrutinib for 28 months or longer. The overall response rate was 84%. Progression-free survival at 30 months was estimated at 55%, and overall survival was 67% at 30 months.

At the time of the analysis, 110 patients (45%) were still receiving ibrutinib. Side effects that resulted in discontinuation of treatment occurred in 36 patients (15%).

More patients with del17p CLL are alive and progression-free at 30 months with ibrutinib than with other therapies for del17p CLL. These results support ibrutinib’s clinical activity and survival outcomes for patients with this particularly aggressive subtype of chronic lymphocytic leukemia. 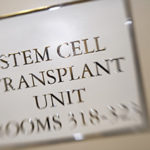