The Wnt5a protein acts on a pair of tumor-surface proteins, ROR1 and ROR2, to accelerate the proliferation and spread of chronic lymphocytic leukemia (CLL). These effects of Wnt5a were blocked by a humanized monoclonal antibody specific for ROR1 called cirmtuzumab (or UC-961), which inhibited the growth and spread of CLL cells in both cell lines and mouse models of leukemia. The findings were published in The Journal of Clinical Investigation (doi:10.1172/JCI83535).

Although these results were achieved with leukemia cells, the study findings have implications for patients with other cancers, including solid-tissue tumors. ROR1 and ROR2 are considered orphan receptors and are expressed primarily during embryonic development. The expression of these proteins, particularly ROR1, becomes suppressed during fetal development and is negligible on normal adult tissues. These orphan receptors, however, are re-expressed in CLL, and many solid-tissue tumors.

“Our findings show that ROR1 and ROR2 team up to stimulate tumor cell growth and metastasis in response to Wnt5a, which appears over-expressed in patients with CLL and can act as a survival/growth factor for leukemia cells. By blocking the capacity of Wnt5a to stimulate tumor cells, cirmtuzumab can inhibit the growth and spread of cancer cells,” said senior author Thomas J. Kipps, MD, PhD, Evelyn and Edwin Tasch Chair in Cancer Research and deputy director for research at Moores Cancer Center at the University of California San Diego.

The latest research more precisely defines the roles of ROR1 and ROR2 in cancer development. Both are evolutionarily conserved proteins, found in many species, and most active in the early stages of embryogenesis. The lack of either protein during this process results in severe developmental abnormalities.

Low levels of ROR2 remain in some adult tissues, but ROR1 is found only in cancer cells. Researchers found that ROR1 and ROR2 come together to signal the growth and migration of cancer cells in response to signaling by Wnt5a. Such migration contributes to the spread of cancer to cause metastasis.

However, treating mice with cirmtuzumab disrupted the process, inhibiting engraftment of leukemia cells and slowing or stopping the disease from spreading. 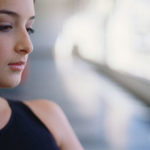