AEs of grade 3 or higher severity were determined from the CLL11 trial. Those with an incidence of 3% or higher in any treatment arm were included, unless they were irrelevant in terms of costs incurred. Costs were obtained from two Spanish sources.22,23 The cost of IV administration was also taken from a Spanish study.25 With regard to the estimated cost of patient follow-up (supportive care costs), the panel of experts considered that there would be eight visits to the hematologist with GClb and seven with RClb, annually. Sensitivity analyses were performed for the costs of AEs, supportive care, and IV administration, considering estimates ±20% over the base case value (Table 1).

Despite the fact that the mean survival of these patients is 10 years the time horizon considered in the base case was 20 years, since a percentage of CLL patients (about 10%) survive for over 18 years.26,27 This time horizon was in line with previously published cost-effectiveness analysis in the same disease area within the Spanish setting.25 Sensitivity analyses considered a time horizon of 10 and 15 years (Table 1).

Annual costs and benefits (life years [LYs] and QALYs) were discounted at 3%, in accordance with the recommendations in Spain.28 Sensitivity analyses considered discounts of 0% and 5% (Table 1).

The results are presented as cost differences, LYs gained, and QALYs gained per patient treated with GClb versus RClb. The primary study outcome is the incremental cost-effectiveness ratio (ICER), considering the cost per LY and QALY gained with the most effective regimen. The ICER was calculated in the base case deterministic analysis, and all the primary variables of the model were entered in univariate and probabilistic sensitivity analyses. In the latter case, the ICER is presented as a mean value with a corresponding 95% CI.

Perspective of the analysis

The perspective of the study was that of the Spanish NHS. Consequently, only the direct health care costs were considered.

In the base case, GClb was found to increase lifetime discounted costs by €16,716 for an additional 0.717 LYs and 0.673 QALYs, compared to RClb. This resulted in a cost per LY and per QALY gained of €23,314 and €24,838, respectively (Table 2). The largest part of the costs accrued due to health state costs of the PFS state, as patients spent most of their time in this state and received treatment. The costs in progression disease were similar across the two arms due to the small incremental time spent in this state and the lack of pharmacological treatment costs in this state. 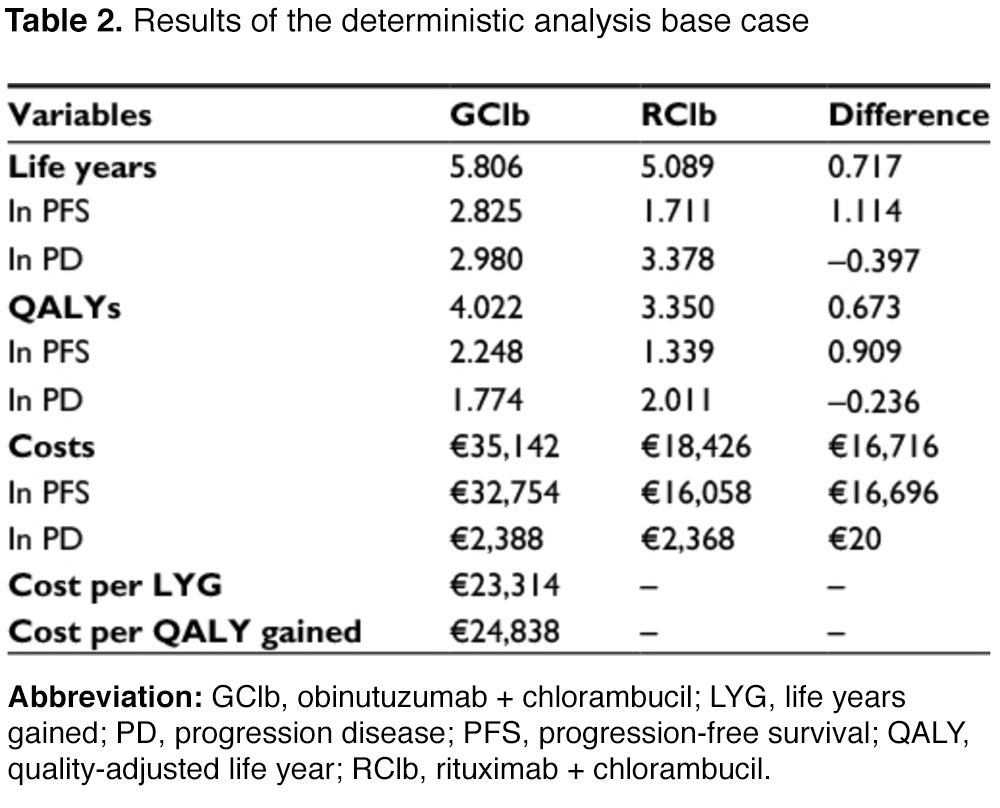 According to the univariate sensitivity analysis (Table 3), the cost per QALY gained with GClb versus RClb varied between €16,734 (log-normal distribution for PFS) and a maximum of €30,589 (duration of treatment as per Summary of Product Characteristics). 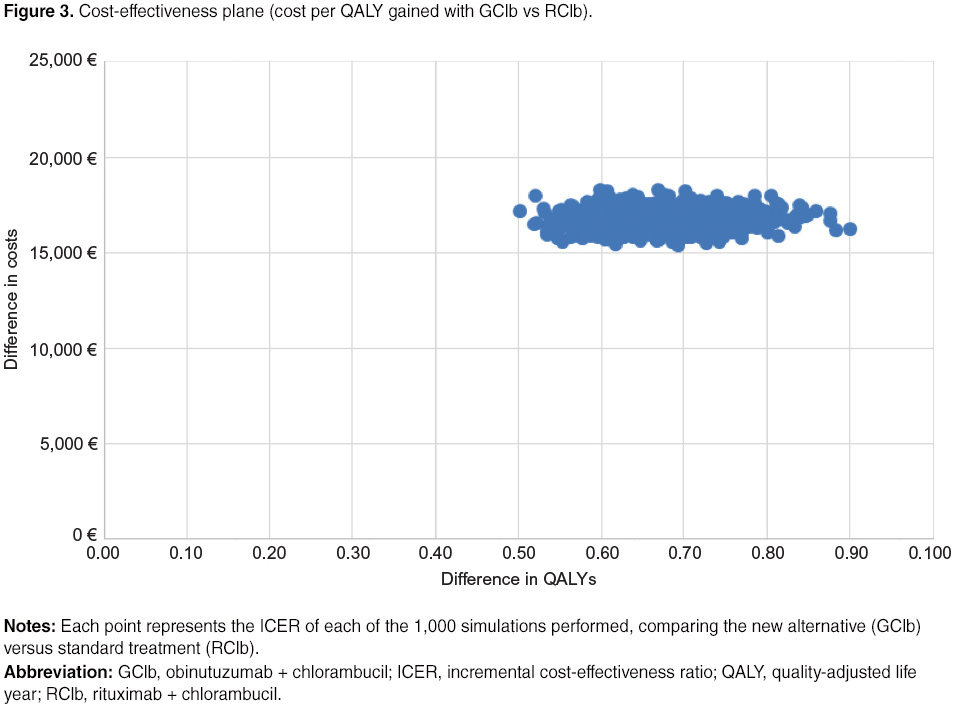