Results of a Phase I clinical trial showed that a new drug targeting mitochondrial function in human cancer cells was safe and showed some efficacy. The findings, reported by doctors at Wake Forest Baptist Medical Center, are published in the current online edition of the journal Clinical Cancer Research.”

This drug is selectively taken up by cancer cells and then shuts down the production of energy in the mitochondria,” said Timothy Pardee, M.D., Ph.D., director of leukemia translational research at Wake Forest Baptist and principal investigator of the trial. “This is the first drug to inhibit mitochondria in this way and if it proves effective in further clinical trials, it will open up a whole new approach to fighting cancer.” 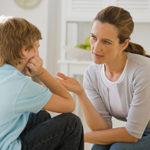 Pediatric patients with leukemia have longer stay if admitted on weekend