Commonly used chemotherapeutic agents comprise vincristine, dactinomycin, doxorubicin, cyclophosphamide, etoposide, and carboplatin.5 WT is chemosensitive, therefore in those patients with favourable histology, radiotherapy may not be necessary. This is also because no dose response has been shown for radiotherapy in WT patients.8 Radiotherapy may be helpful from a palliative point of view and/or to control local disease, dependent on histology as well as staging. For example, pulmonary radiotherapy may be used to reduce the risk of lung relapse in stage IV patients.

Treatment may be optimised by stratification of patients according to tumour stage and histology. This means less aggressive chemotherapeutic regimens may be used in patients with a low staging and favourable histology.9 Risk stratification may incorporate novel prognostic factors, such as the presence of genetic markers. For example, loss of heterozygosity for chromosomes 1p and 16q is associated with an increased rate of relapse in WT. In relapsed WT, salvage chemotherapy may be helpful and there is also the option of autologous haemopoietic stem cell rescue.9

Surveillance should be offered to children at >5 per cent risk of WT.10 It is also suggested that surveillance should continue until five years of age, but if WT occurs in association with a syndrome, it should continue until seven years. Follow-up to look for disease recurrence may include abdominal ultrasound every three or four months, as well as regular tests of renal function. Monitoring for side-effects of therapy is also important, because there is a risk of impaired renal function after nephrectomy in unilateral WT. Patients who receive doxorubicin need to be monitored for cardiac dysfunction and those who have bilateral pulmonary irradiation are at risk of pulmonary dysfunction. There is a risk of hepatotoxicity, impaired gonadal function, and secondary malignancies.8 The cumulative incidence of a secondary malignant neoplasm in patients registered with the NWTSG was 1.6 per cent. Children who survive more than three years after diagnosis are unlikely to have a recurrence4 and overall, the treatment of WT has been a major success.7 Current research aims to reduce the morbidity associated with treatment. 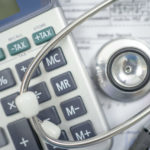