Surgery to remove a cancerous kidney can often lengthen the lives of patients receiving targeted therapy for metastatic kidney cancer, but only approximately 3 in 10 such patients undergo the procedure, according to a new study. Several patient and sociodemographic characteristics are associated with a higher chance of having the surgery: undergoing treatment at an academic medical center, smaller tumor size, young age, and private insurance.1

“Kidney cancer, or renal cell carcinoma, is among the 10 most common cancers in the United States, with more than 60 000 cases diagnosed last year,” said Toni Choueiri, MD, clinical director of the Lank Center for Genitourinary Oncology and director of the Kidney Cancer Center at Dana-Farber Cancer Institute, Boston, Massachusetts, and senior author of the study.

“Traditionally, cytoreductive nephrectomy has been part of frontline treatment for the disease. As we’ve learned about the molecular pathways that drive the disease, drugs that specifically target those pathways have come into wide use. It hasn’t been clear whether this has led to a reduction in cytoreductive nephrectomy, whether the procedure improves survival in patients treated with targeted therapy, and whether some categories of patients are more likely than others to undergo the surgery.”

This study used data from 2006-2013 in the National Cancer Data Base to identify 15 390 patients with clinical metastatic renal cell cancer, among whom 5374 (35%) were treated with targeted therapy. Patients who underwent the surgery had a median overall survival of 17.7 months, which was significantly higher than that of patients who did not undergo the surgery (7.7 months; P < .001).

Future investigations will focus on identifying which patients are most likely to benefit from the surgery.

“The study underscores the importance of careful selection of patients who are good candidates for this surgery,” says Maxine Sun, PhD, Dana-Farber and Brigham and Women’s, and co-lead author of the study. “As we become better able to identify patients likely to derive the greatest benefit from surgery, survival rates may further improve.” 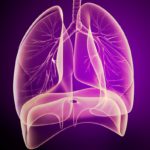