Adjuvant sunitinib postnephrectomy may increase the mortality risk among older women with renal cell cancer (RCC), according to a study being presented at the 2018 Gastrointestinal Cancers Symposium in San Francisco, California.

Studies investigating the safety and efficacy of VEGF–tyrosine kinase inhibitors (TKIs) as adjuvant therapies for patients with RCC have yielded mixed results.

For the phase 3 ASSURE (E2805) study (ClinicalTrials.gov Identifier: NCT00326898), 1943 patients with resected RCC were randomly assigned to treatment with sunitinib, sorafenib, or placebo. Previous findings suggested that there were no benefits to overall survival (OS) or disease-free survival (DFS) with VEGF-TKIs vs placebo. For this post hoc subgroup analysis, researchers assessed the associations between benefit, sex, and age.

Women older than 56 years treated with sunitinib had an increased mortality risk compared with those who received placebo (hazard ratio for OS [HR], 2.38; 95% CI, 1.39-4.07). This risk was not found among women younger than 56 or men of any age.

No significant differences in OS or DFS were observed with sorafenib and placebo.

The authors concluded that these “findings, if validated, highlight the importance of considering sex and age on VEGF-TKI treatment outcomes, future study designs, and RCC tumor biology.” 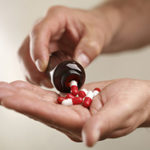