PCA, however, offers better preservation of kidney function during months 1 to 3 following treatment, suggesting that the procedure may be a good choice for patients with chronic kidney disease for whom preservation of renal function is essential, according to investigators.

In a retrospective study, Takafumi Yanagisawa, MD, of The Jikei University School of Medicine in Japan, and colleagues compared 2 propensity score-matched cohorts of patients who had nephron-sparing surgery for cT1 renal tumors: 90 patients who received PCA and 90 patients who underwent LPN. The median follow-up was 26.5 and 18.0 months for the PCA and LPN groups, respectively.

At baseline, the PCA and LPN groups had a similar mean estimated glomerular filtration rate (eGFR): 62.5 and 63.2 mL/min/1.73 m2, respectively. The rate of eGFR preservation 1 to 3 months after surgery was significantly higher for PCA than LPN (92.8% vs 88.5%; P =.03). The finding suggests that “PCA may be a particularly good choice for [chronic kidney disease] patients in whom preservation of renal function is essential.”

“In our study, though PCA had a higher local recurrence rate, the medium-term local control was not inferior to LPN,” the authors concluded. “In addition, PCA was associated with better preservation of renal function and with patient safety without severe complications. PCA can be a minimally invasive treatment option for cT1 RCC.” 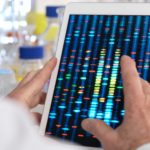