ICI therapy was used as first-line and second-line treatment in 28.1% and 17.4% of patients, respectively, and third-line or subsequent lines of therapy in 54.5% of patients. The investigators observed a survival benefit in patients who received an ICI in any line of therapy.

“Our data support the continued use of CN in carefully selected patients with mRCC undergoing treatment with contemporary immunotherapy,” Dr Psutka and colleagues concluded.

The authors acknowledged the study’s limitations. These include its retrospective design and observational nature “with the attendant impacts of selection bias, unmeasured confounding, and variation in institutional and provider practice patterns over time which may influence both the generalizability and impact the validity of the results.”

Another limitation was a lack of granular patient-level data and modest cohort size that prevented them from using propensity score matching techniques in their analysis, they noted.

Despite study limitations, the authors stated that their findings “add to the emerging literature regarding optimal management of patients with mRCC in contemporary practice. The speed at which immunotherapy has surpassed targeted treatment has left guidance regarding surgery for mRCC unclear,” the authors wrote. “Timely retrospective analyses offer crucial direction until knowledge gaps can be filled with large prospective clinical trials.” 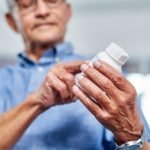