Current prognoses group older adults with hematologic malignancies into broad age ranges, but differences in outcomes can be significant among the eldest older adults resulting in a need to better understand incidence, treatment options, and survival rates specific to this population, according to study results published in Cancer Medicine.

Prognoses for older adults often group patients into all ages or 65 and older. However, this allows for a wide range of potential outcomes, as some older adults with blood cancer are highly functional and fit while others have varying limitations due to geriatric syndromes and aging. Treatment options available for these patients can vary considerably as well.

To better understand the diverse range of outcomes for this population, a group of researchers led by Jessica L. Krok-Schoen, PhD, of The Ohio State University, in Columbus, sought to gain insight on cancer trends among the eldest older adult population with a focus on persons 75 to 84 years and 85 and older to better inform clinical decision making, provide prognostic information, and identify gaps for future research.

For this study, the researchers used Surveillance Epidemiology and End Results (SEER) Program data of 55,927 adults 75 years and older with HL, NHL, MM, ALL, CLL, AML, or CML. Years of diagnosis for incidence and relative survival rates used were the most recent years for which data is available and were consistent with those years included in the Cancer Statistics Review. Their report used data for those younger than 75 years as a reference.

Overall, the data show incidence of the 7 hematologic cancers was higher among adults 75 to 84 years and 85 years and older with diagnoses from 1973 to 2014, compared with those younger than 75.

In general, 1- and 5-year relative survival rates among older adults with AML and ALL is poor. Older adults with MM fare poorly compared with their younger counterparts, and those with HL and NHL are living longer. Survival rates were consistently higher among adults 75 to 84 years than among those 85 and older, with the greatest difference seen among those with NHL (72.4% vs 57.3%, respectively).

In both age groups, incidence over time was higher in men than women. Incidence and 1- and 5-year survival rates by sex were similar. But survival curves for NH, NHL, CML, CLL, and ALL differed by sex, indicating a need to consider both age and sex when weighting treatment options and prognosis.

Overall incidence of cancer is expected to increase by 67% among adults 65 years and older. This will have a profound impact on the incidence of these diseases. Survival for these patients is highly variable and dependent on factors such as patient characteristics and treatment modalities.

The researchers conclude that “one area of focus should be on treatment options due to the complexity of managing the disease along with other health factors related to aging.” In addition, clinical trials need to be designed to include testing treatment regimens in this unique and growing patient population. 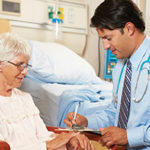 Outcomes for Elderly With Hematologic Cancers Effected by Cognitive Impairments