Approximately 40% of idiopathic thrombocytopenic purpura (ITP) cases are caused by infection with gram-negative Helicobacter pylori according to a recent study published in Gastroenterology Research and Practice.

Idiopathic thrombocytopenic purpura is an autoimmune bleeding disorder in which the body destroys native platelets, resulting in low platelet count and easy bruising and bleeding. H pylori infection is associated with ITP as well as other common autoimmune diseases such as anemia, rheumatoid arthritis and sicca syndrome. However, while eradication of H pylori infection has shown promise as a treatment for other diseases there are conflicting reports about its effectiveness in restoring platelet count in patients with ITP.

The authors conclude that, “40% of the local cITP patients are H pylori infected and that H pylori eradication therapy in these individuals significantly improves the platelet counts. Further studies on a larger cohort of patients, with a longer follow-up, will allow a better insight into the true prevalence of H pylori infection and the duration of remission. Such studies will also conceivably endorse clarity of actual prevalence and understanding of mechanisms underlying the response to eradication therapy.” 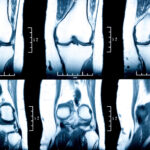