Docetaxel, cisplatin, and cetuximab administered weekly is an effective palliative treatment regimen with a favorable toxicity profile for patients with recurrent or metastatic squamous cell carcinoma of the head and neck (SCCHN) compared with other chemotherapy combinations, according to a study published in The Oncologist.

The EXTREME regimen (cetuximab, a platinum agent, plus 5-FU) is considered the standard of care for this patient population improving progression-free survival (PFS) and overall survival (OS), but 2 significant challenges are inconvenience and high rates of high-grade toxic events.

For this study, researchers investigated whether replacing 5-FU in the EXTREME regimen with docetaxel would improve outcomes. Twenty-nine patients with metastatic or recurrent SCCHN were enrolled into the study, and received cisplatin 30 mg/m2 or carboplatin AUC 2, docetaxel 30mg/m2, and cetuximab 250 mg/m2 (TPC) once a week for 3 weeks followed by a break in the fourth week.

Of the study patients, 27 received TPC and were evaluable for response and toxicity. Patients had a complete response (CR) of 3%, and partial response (PR) of 52%, and confirmed PR of 30%.

The overall response rate was 56%, and the estimated mean PFS and mean OS were 4.8 months and 14.7 months, respectively.

The frequency of grade 3 and 4 adverse events were 85% and 7%, respectively, which investigators noted is a significant improvement over the 30% to 50% rate of grade 4 reactions observed with other chemotherapy doublet or triplet therapies.

The authors concluded that the “results seen in this patient population justify further development of this regimen. Given the changing landscape of treatment options in patients with head and neck cancer, it will be necessary to explore more definitive comparisons with the present chemotherapy standards while simultaneously exploring integration with immunotherapy.” 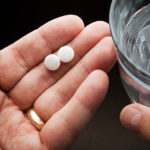