Deciding not to intervene for small, incidentally identified thyroid cancer may cause patients to experience anxiety and feelings of isolation, a study published in JAMA Otolaryngology – Head & Neck Surgery has shown.1

The identification of cancers that are unlikely to progress has been a source of discomfort and challenge for patients, physicians, and health care systems, caused mostly by the inability to know with certainty which malignancies are overdiagnosed.

Although the practice of avoiding immediate intervention for small, asymptomatic thyroid cancers is not widely accepted, some patients with thyroid cancer are independently deciding not to intervene. Therefore, researchers sought to characterize the current experience of patients who independently self-identify as having an overdiagnosed cancer and choose not to intervene.

For the study, investigators interviewed 22 patients, including 18 who had not elected to intervene on their thyroid finding and had been living with the decision for an average of 39 months.

Results of the interviews showed that two-thirds of the 18 patients reported experiencing significant anxiety about cancer progression despite having considered reasons for opting out of intervention. Reasons included: understanding issues of precision in diagnostic testing and the unpredictable behavior of cancer, surgical risks, medication use, and low risk of death from their cancer.

Furthermore, 12 participants described receiving nonreassuring and unsupportive responses to their decision to elect not to intervene. Patients reported being told by medical professionals, friends, and internet discussion groups that they were “being stupid,” “were wrong,” or were “crazy” to not intervene.

Investigators also found that 15 participants managed their overall experience by keeping their decision a secret from family and friends, but by the time of this study, about 28% had discontinued surveillance. Notably, only 7 participants reported wishing they did not know about their thyroid finding.

The findings suggest that patients with small, asymptomatic thyroid cancers are at risk of disengaging from health care. Clinicians should consider improved support for patients who elect to undergo surveillance so that patients are kept engaged. 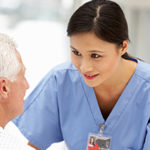