The Brigham and Women’s Hospital Tumor Classification System (BWH) may have better predictive value for cutaneous squamous cell carcinoma (CSCC) of the head and neck than do the cancer staging manuals from the American Joint Committee on Cancer (AJCC), according to a new study published in JAMA Dermatology. Researchers compared BWH to AJCC Staging Manual, 8th Edition (AJCC 8) and found that BWH appeared to be superior in predicting nodal metastasis and disease-specific death.

Accurate risk stratification identification for CSCC tumors is extremely important in terms of risk of recurrence and treatment. The AJCC Tumor Classification, 7th edition (AJCC 7) categorized several prognostic factors besides tumor diameter for CSCC. However, the BWH system is an alternative tumor classification system, which may help minimize inappropriate upstaging of patients with low-risk disease.

“Risk stratification of cutaneous squamous cell carcinomas is very important. Although the majority can be cured with surgery alone, a subset do develop poor outcomes,” said study investigator Emily Ruiz, MD, MPH, an associate physician at the Mohs and Dermatologic Surgery Center at Dana-Farber/Brigham and Women’s Cancer Center, and an instructor in dermatology at Harvard Medical School, Boston, Massachusetts.

A previous investigation suggested that the BWH staging system provided improved distinctiveness, homogeneity, and monotonicity over AJCC 7. In January of 2018, AJCC 8 was introduced into clinical practice, and it included an updated CSCC tumor classification for tumors located on the head and neck that was found to be superior to AJCC 7. The current study compared the performance of AJCC 8 and BWH tumor classification systems in patients with CSCC of the head and neck without evidence of distant metastasis. The team also investigated the systems’ sensitivity and specificity of high tumor classes (AJCC 8 T3/T4 and BWH T2b/T3) for predicting poor outcomes.

The researchers conducted a pathology database search and identified 1980 cases of primary CSCC. After conducting a review, they found 1152 tumors were not located in the head and neck region and 148 tumors had insufficient primary tumor information. Once those cases were excluded, a total of 680 cases of HNCSCC involving 459 patients at Brigham and Women’s Hospital between January 1, 2000, and December 31, 2009, were included in the analysis. Among the 459 patients, mean age was 70.2 years and 313 patients (68%) were men. 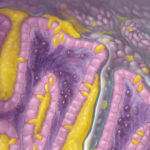