A research team recently examined the relationship between pretreatment cachexia and overall survival (OS) in patients with esophagogastric cancer. The researchers also explored the impact of dietetic interventions in this patient population vulnerable to malnutrition, owing to factors related to this cancer type. The study results were reported in the Journal of the National Comprehensive Cancer Network.1

The researchers evaluated patient-reported outcomes (PROs) for participants in the Netherlands who were part of the Prospective Observational Cohort Study of Esophageal-Gastric Cancer Patients. Questionnaires involved weight loss and dietetic interventions, with results obtained prior to cancer treatment and at intervals following the start of cancer treatment, beginning with 3-month intervals. These results were supplemented with information retrieved from the Netherlands Cancer Registry. Cachexia was considered to be a body-weight loss of greater than 5%, or greater than 2% in patients with a body mass index of less than 20 kg/m2.

A total of 406 patients were evaluated in this study, with almost half (49%) experiencing pretreatment cachexia. Just under two-thirds (65%) of these patients received referrals for dietetic consultations prior to undergoing cancer treatment. Cachexia was most common in patients whose treatment was best supportive care or palliative chemotherapy.

The researchers concluded that cachexia is not only prevalent with esophagogastric cancer, but it also is linked to a worse prognosis. “Physicians should therefore be aware of the risk, presence, and consequences of cachexia already present at initial diagnosis,” they wrote in their report. 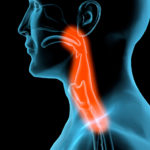