Despite aggressive management of nutrition intake; mucosal, laryngeal, and dermatologic symptoms; and pain, Mr. N. became too weak to care for himself at home. He had a relapse in his sobriety and was consuming three vodka drinks a day and did not keep his appointment with hematology for evaluation of his anemia. Consequently, he was admitted to a skilled nursing facility, where he was able to maintain optimal nutritional management. He regained his strength through physical therapy. He also learned to manage his PEG tube feedings, received wound care and adequate pain control medications, and was in an environment in which he was not able to drink. After 1 month, Mr. N. was able to return home.

In 2010, 12,720 cases of laryngeal cancer were diagnosed in the United States (10,110 in men and 2,610 in women).1 Laryngeal cancer resulted in 3,600 deaths in 2010.1 The most common type of laryngeal cancer is squamous cell carcinoma.2 Treatment modalities include surgery, chemotherapy, and radiation therapy.2 The increasing prevalence of this disease and its moderately high mortality rate emphasize the importance of understanding the relationship between anatomy of the larynx and how laryngeal cancer can manifest (Figure 2). Patient presentation and treatment management of laryngeal cancer is unique.2

The larynx aids in respiration, and its ciliated lining helps prevent foreign particles from entering the lower respiratory tract, humidifies and warms inspired air, protects the airway during swallowing, and allows for sound production (voice).3 Breathing, swallowing, and speaking are controlled by intrinsic and extrinsic muscles in the larynx.3

The management of symptoms and treatment of laryngeal cancer is better understood with a review of the anatomy of the larynx.3 The larynx, or voice box, is located in front of the pharynx, between the base of the tongue (epiglottis) and the trachea.3 It is composed of nine pieces of cartilage including the thyroid cartilage; the cricoid cartilage; pairs of arytenoid, cuneiform, and corniculate cartilages; and the epiglottis.3

Heavy smoking and alcohol consumption are major risk factors for laryngeal cancer.4,5 Early recognition of the signs and symptoms of laryngeal cancer can result in prompt diagnosis, and early initiation of treatment can reduce the burden of symptoms and have a positive impact on patient survival.

The patient’s signs and symptoms can help identify the location of disease (Table 1). However, in the case discussed here, the patient presented with difficulty breathing and ausculatory changes that suggested airway obstruction. Although his presenting symptoms indicated disease in the hypopharynx, a broad assessment of his symptoms and thorough examination of the laryngeal area revealed a tumor in the supraglottic region, an atypical location for his symptoms.

Quality of life for Mr. N. will be greatly impacted by the course of his disease and his continued response to treatment. A focus on managing his symptoms, including adequate nutrition support, contributed to his excellent response to treatment. In addition to the implemented symptom management, he should receive continued support and counseling regarding treatment adherence, smoking cessation, alcohol abstinence, and wound and pain management. Mr. N. and his oncology care team should also discuss how aggressive he wants his care to be if the cancer does not respond to the radiation treatments. The ability of the medical and nursing staff to help Mr. N. manage his symptoms is vital to his success as he learns to manage his symptoms and live with laryngeal cancer. ONA 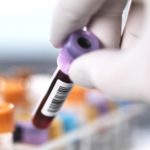