Women who carry the BRCA1 mutation are at increased risk for serous/serous-like endometrial carcinoma after risk-reducing salpingo-oophorectomy (RRSO), a preventive procedure in which the fallopian tubes and ovaries are removed. Uncertainty has existed over the need to perform a full hysterectomy, which includes resection of the uterus, for women with BRCA mutations.1

“This is the study that has been needed,” said Noah D. Kauff, MD, who leads the Clinical Cancer Genetics Program at the Duke Cancer Institute in Durham, North Carolina, and lead author. “Our study presents the strongest evidence to date that women with this genetic mutation should at least discuss with their doctors the option of having a hysterectomy along with removal of their ovaries and fallopian tubes.”

The study analyzed data from 1083 women with BRCA1 or BRCA2 gene mutations who had undergone removal of their ovaries and fallopian tubes. The women were followed for a median 5.1 years. Incidences of uterine cancer in the BRCA-positive women were compared to the expected rates for the general population, based on data from the Surveillance, Epidemiology, and End Results (SEER) program.

Among the BRCA-positive women, 8 uterine cancers were reported within the study period, a slightly higher but not statistically different rate than the national norm.

“We were surprised when we saw the data,” Kauff said. “This is an event that should not occur in the over 600 women with BRCA1 mutations in our study. Even if we followed these women for 25 years, you would only expect to see no more than 1 serous cancer.”

Kauff explained that the findings are especially important because serous endometrial cancer has a mortality rate of 50% and is preventable in women who are already undergoing surgical procedures to remove their ovaries and fallopian tubes.

“Our findings suggest that it may be important for women with BRCA1 mutations to consider removing their uterus at the time they are considering removing their ovaries and fallopian tubes, unless they are hoping to still have children using assisted reproductive methods or have other medical reasons,” Kauff said.

Kauff cautioned that for women with BRCA1 mutations who have already undergone surgeries to remove their ovaries and fallopian tubes, the findings are less clear.

“We need additional studies to address whether a 25-year risk of serous uterine cancer of 2.6% to 4.7% justifies the costs and potential complications of a second surgery.” 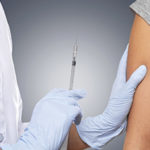