Is there an adolescent or young adult who is not concerned about his or her sexuality? Sexual thoughts feature prominently among young people whether they are healthy or ill, and they are certainly significant for those adolescents and young adults who have reproductive cancers. According to the National Cancer Institute, adolescents and young adults (AYAs) are defined as patients who are between the ages of 15 and 39 years.1 These young people go through all of the physical, emotional, cognitive, and social transitions that define this stage of life. The problem is that they are also dealing with a life threatening disease that can wreak havoc on all of those changes. The turmoil that results was the focus of a study undertaken at the University of Leipzig and the University of Applied Sciences Zittau/Goerlitz, in Germany.2

Approximately 14,000 people aged 18 to 39 years received a cancer diagnosis in Germany in 2013. Posttreatment survival rate among this population was approximately 80%, which was well above the German average. The researchers noted that patients and survivors in this age group are not really knowledgeable of the ways that cancer can influence their sexuality. Prior research with this patient group specifically concentrated on reproductive cancer and how the disease affects the sex organs, not sexuality.2

Unique challenges that these young people have distinguish them from both younger children and older adults with cancer. Many of them are on their way to adulthood like other adolescents; but unlike other adolescents, their approaching independence is hampered by their need to be dependent on medical professionals as well as continued dependence on their parents. The German researchers wanted to gain knowledge about sexual satisfaction in this group of young people. They hoped to compare the sexuality of AYA patients with reproductive cancers, for whom there is a large knowledge base, with the sexuality of patients in this age group who have other types of cancer. They also evaluated AYA patients’ supportive care needs.

Patients were recruited from 16 acute care cancer hospitals, 2 local tumor registries, and 4 cancer rehabilitation clinics that specialize in treating AYA patients. Eligibility criteria included age at diagnosis between 18 and 39 years and their first diagnosis of any cancer was within the prior 48 months.2

A total of 577 patients — 153 men and 424 women — were enrolled in the study; all participants were asked to complete a study questionnaire. Of this cohort, 478 had completed acute treatment such as surgery, chemotherapy, radiation, or transplantation; 99 patients were still on hormone or antibody treatment per standard oncology guidelines.2 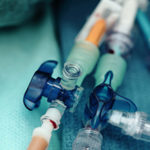