Patients who received platinum-based chemotherapy or radiotherapy to treat testicular cancer had a significantly higher risk of dying from causes unrelated to their primary cancer, according to a study published in the Journal of Clinical Oncology.

In a population-based study, researchers sought to determine whether platinum-based chemotherapy and radiotherapy were the major risk factors for excess mortality among testicular cancer survivors.

The patients were followed for a median of 18.7 years. During that time, 665 patients (12%) died from causes unrelated to testicular cancer.

The overall non-testicular cancer mortality was significantly increased in the study cohort compared with the general population. The standardized mortality ratio (SMR) was 1.23, and the absolute excess risk (AER) was 11.14.

Second cancer was “the most important cause of death” unrelated to testicular cancer, according to the researchers. The overall SMR for a second cancer was 1.53, and the AER was 7.94.

When compared with the general population, the patient cohort had an increased risk of non-cancer mortality (SMR, 1.15; AER, 4.71).

The researchers concluded that platinum-based chemotherapy and radiotherapy are associated with an increased risk of non-testicular cancer mortality, and both health professionals and patients “should be aware of the risk of premature death.” 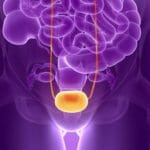